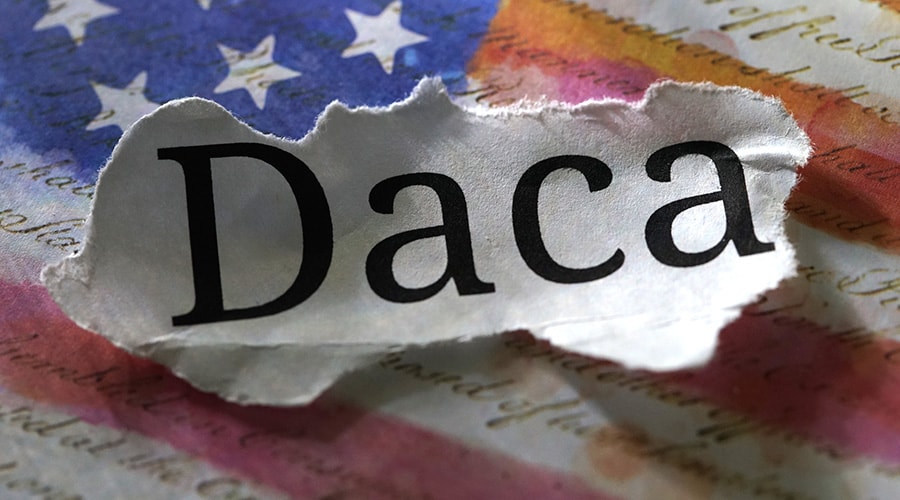 The eight-year history of DACA tells a startling success story

The National Association of Social Workers (NASW) commends the Supreme Court for its decision yesterday finding that the Trump administration had unlawfully tried to dismantle the Deferred Action for Childhood Arrivals (DACA) program. With this decision, the hundreds of thousands of undocumented immigrants brought to the United States as children (a.k.a “Dreamers”) are protected from deportation and will continue to have the ability to study, work and remain in the United States on a temporary, renewable permit.

As a member of the Leadership Conference on Civil Rights, NASW joined the “friend of the court” brief on this case.

Since the DACA program was created in 2012 by the Obama Administration, nearly 800,000 people have participated. More than 90 percent of current participants are employed and 45 percent are in school, according to one government study. Indeed, they make significant economic, cultural, and other contributions to our nation, and thousands have been essential workers in the COVID-19 pandemic.

Chief Justice John Roberts in the court opinion wrote, “The consequences of the rescission, [advocates] emphasize, would ‘radiate outward’ to DACA recipients’ families, including their 200,000 U.S.-citizen children, to the schools where DACA recipients study and teach, and to the employers who have invested time and money in training them. In addition, excluding DACA recipients from the lawful labor force may, they tell us, result in the loss of $215 billion in economic activity and an associated $60 billion in federal tax revenue over the next ten years.”

“These young people are our future. They serve in the military and are current and future doctors, scientists, artists, social workers, journalists and teachers. It’s still up to Congress to come up with a plan to protect them over the long term because the administration may come back with a ‘justified’ plan and the issue could wind up back in the courts,” said Ken Kimmell, president of the Union of Concerned Scientists.

NASW continues to stand with Dreamers and their families and will continue to fight for a path to legal residency for the nation’s millions of undocumented immigrants.