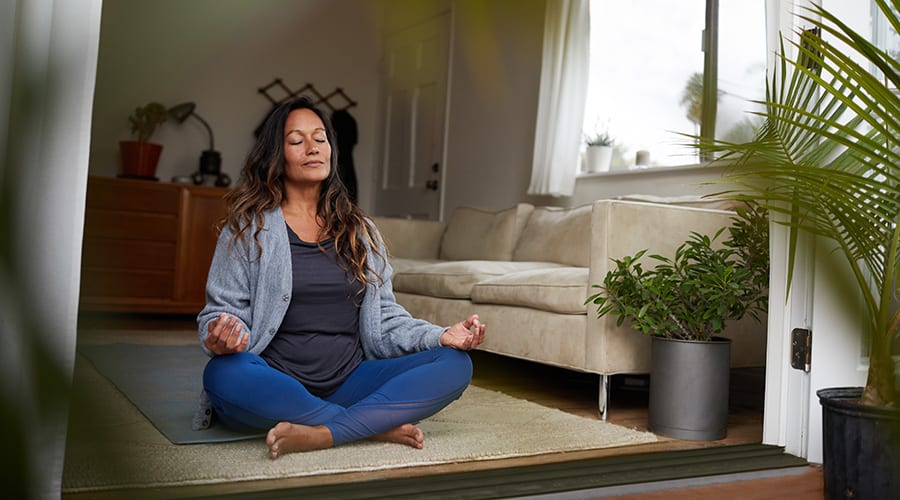 Back in the fall of 1998 I attended the Body and Soul Conference in Boston, MA. That is where I had my first experience in meditating.

When I got back to NYC I found a meditation class and began attending.  For years I would meditate five or six days a week.  When I finally hit the “zone,” that place in meditation when it feels like the prana is breathing me, it is a very somatic experience.  My head falls back and my mouth opens wide.  I can almost feel the molecules of air striking the back of my throat as air fills my lungs to the point of bursting.  Many times I will hear the very audible sounds of my own respiration and witness how this audible quality becomes its own mantra for which my mind becomes entrained.  I can feel the very cells of my body enliven and quicken.  And then  the rollercoaster ride of breath begins: my lungs fill, pause, fill some more, pause, fill some more, pause again, and pause, and pause and pause: then the air leaves my lungs in a great rush and the cycle starts again.  But this time the pause comes not only on the inhale, but the exhale, and I wait, and wait, and wait, and wait, until the urge to inhale comes again.  Another wave; this time I experience quick bursts of inhalations and exhalations.  Whatever thoughts that were in my head recede into the background.  I am consciously following the path of this unknown and uncharted journey.  I feel my body from the inside out, in an intimate, tangible, and visceral way.

In my yoga classes I have been introduced to various breathing techniques.   Ujjayi breathing practice uses the mouth and laryngeal muscles to produce a sound similar to the sound you hear when you pick up a conch shell and hold it next to your ear.  Biomechanically, it produces mild airway resistance by slight contraction of the laryngeal muscles and partial closure of the glottis.  Each breath cycle consists of four phases: inspiration, hold; expiration, hold (Brown & Gerbarg, 2005, p. 191).

Bhastrika (bellows breathing) is a practice in which strong contractions of the abdominal muscles force air into and out of the lungs through the nostrils at a rate of approximately 30 breaths per minute (Brown & Gerbarg, 2005, p. 191).  Does my body have an approximation of either or both of these practices as the prana “breathes me?”

Dr. Stephen Porges, is a researcher who has studied the relationship between the vagus nerve and the autonomic nervous system.  He explains that the direct influence of the myelinated, or “smart” vagus on the cardiac pacemaker (sino-atrial node) results in a resting heart rate that is substantially lower than the intrinsic rate of the pacemaker.

Little or no vagal tone to the pacemaker means a person will maintain a high arousal level or easily be triggered into fight/flight.  High vagal tone allows an individual to remain calm in the center of a storm.  As Dr. Porges says,  “Functionally, the vagal brake, by modulating visceral state, enables the individual to rapidly engage and disengage with objects and other individuals to promote self-soothing behaviors and calm states” (p. 9).

EEG studies of meditation show an increase of theta waves in the frontal and midline regions of the brain (Lagopoulos et al., 2009, p. 1190).  Our frontal lobes house our executive functions, motor control, language and abstract reasoning (Cozolino, 2014, p. 51).  The midline region of our frontal lobes houses the anterior cingulate cortex.  It is located next to the motor centers and connects to them.  These connections are what create the motivational aspects of emotions, what our bodies want to do and also what our bodies actually do, our intentions and our urges.  However, its motor role is not limited to our external behaviors but also facilitates internal physiological changes via the autonomic nervous system that can, for instamce, send our hearts racing or slow it down, make us flush with embarrassment, alter our breathing or make us break out in sweat (Fogel, 2009, p. 56).  Here we can also see how increased theta waves in our frontal lobes can modulate our autonomic nervous system activity.  Theta waves are associated with deep creative thought (Frick & Young, 2009, p. 185).  Interestingly, when we were young children (between 2 and 6 years old) our predominant brainwave pattern was theta (Lipton, 2005, p. 172).

These brainwave studies also show an increase in alpha brainwaves in the posterior regions in our brains (Lagopoulos et al., 2009, p. 1190).  Alpha brainwaves are associated with relaxation, daydreaming, and information synthesis.  It can be describes as soft focused attention, “from which insights, solutions and inspirations emerge” (Frick & Young, 2009, p. 185).  Developmentally our alpha waves begin around age six and predominate until age 12 (Lipton, 2005, p. 174).  Researchers conjecture the increase in alpha waves in the posterior regions of our brain is due to the reduced need for cognitive processing in sensory-related areas (Lagopoulos, J. et al., 2009, p. 1191).

I had an established meditation practice ongoing for four or five years before I began working in a school for autistic children in Manhattan in the early 2000’s.  Working in the classroom setting, in which there are many children with autism, who are simultaneously dysregulated, can also be a dysregulating experience for the staff too.  I saw many staff members having great difficulty calming themselves after interactions with a dysregulated child.  I was not immune to this effect, however many times I could keep it at bay by utilizing my breath practice.  For instance, if I was working with a child and he became dysregulated, I would immediately beginning breathing deeply, consciously taking slow, deep breaths, making sure my exhales were longer than my inhales.  This one simple act prevented my amygdala from triggering a fight/flight reaction, thus keeping my autonomic nervous system closer to parasympathetic mode through the pathway of the “smart vagus” and allowing me access to my cortex.  Thus, through my breath practices I was able to keep my cool, keep my thinking brain in the forefront and also use my breath to co-regulate the child.

My years meditating trained my autonomic nervous system to easily shift into parasympathetic mode through deep breathing.  So when I was in a dys-regulating situation, all I had to do was begin breathing slowly and deeply, and my autonomic nervous system was able to stay in parasympathetic mode, albeit with some increased arousal, while many around me tipped into sympathetic arousal and fight/flight.  So, perhaps the moral of this story is, if you are working with children with autism, it is very handy to have your own mediation practice.

Lipton, B. (2015). The biology of belief: Unleashing the power of consciousness, matter & miracles. Carlsbad, CA: Mountain of Love Publications.