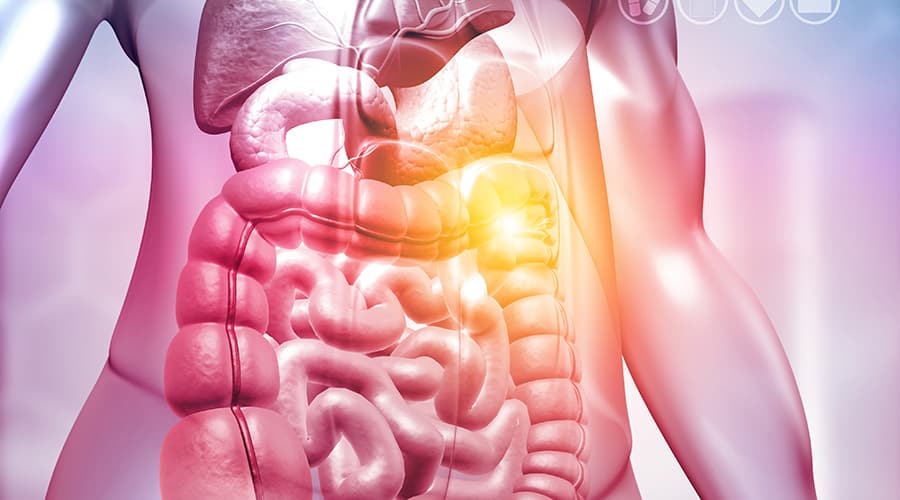 Often ignored is the interaction between the gut and the brain

In my first article “Gut and Psychology Syndrome: GAPS, Part I,” I discussed the findings of  Dr. Natasha Campbell-McBride, MD, MMedSci (neurology), MMedSci (nutrition), who is also the mother of a now recovered child with autism who has coined the term Gut and Psychology Syndrome, or GAPS (2010, p. 6-7) due to the plethora of seemingly disparate diagnoses who all have at their base, compromised gut flora: attention deficit disorder, hyperactivity, dyspraxia, dyslexia, various behavioral and learning problems, allergies, asthma, eczema, along with the digestive issues of children on the autism spectrum. In my second article, “Gut and Psychology Syndrome: GAPS: Part II” I discussed the negative effects of opportunistic gut flora and how they damage the gut wall which allows mal-digested proteins to leak out and enter the bloodstream wrecking havoc with our physiology. In this article I will examine the gut-brain connection.

Modern medicine has divided the human being into systems, cardio-vascular, nervous, digestive, endocrine, pulmonary, the doctor specializing in each system well versed in the details of each, yet many times ignoring how their system or organ of specialty relates to and interacts with the rest of the body: forgetting that, “The body lives and functions as a whole, where every system, organ, tissue and even cell depend on each other, affect each other and communicate with each other” (Campbell-McBride, 2010, p. 49). She feels physicians should not look at or treat an organ without also taking the rest of the body into account.

Campbell-McBride (2010) points out that psychiatry often does not consider how the physiology of the body could impact mental health, “The last thing that would be considered is looking at the patient’s digestive system” yet renowned Japanese professor Kazudo Nishi has estimated that one in ten psychiatric conditions is due to “self-intoxication coming from the bowel” (p. 49).  In Campbell-McBride’s experience she sees the vast majority of psychiatric patients suffering from digestive problems, which she claims are largely ignored by their doctors, “The gut-brain connection is something which, for some reason, many modern doctors do not understand” (p. 50). She points to the everyday gut-brain connection many adults experience, that of consuming alcohol, “Everybody knows what effect alcohol has on our brains. Where do we place alcoholic drinks? Into our digestive system of course” (p. 50).  Unfortunately we don’t have to consume toxic substances directly into our digestive systems, for our digestive system to become a permanent source of toxicity. For a person suffering from GAPS, their digestive system becomes the source of various neurotoxins produced by their abnormal gut flora.

The allusion to alcohol for Campbell-McBride (2010) is more than a metaphor when it comes to autism. She explains that many children and adults with autism have an overgrowth of yeasts, mainly the Candida species. Yeasts require glucose and other sugars for food; sugars however also come from the digestion of carbohydrates. Candida highjacks the glucose and digests it in a process called alcoholic fermentation in which glucose is turned into ethanol and its by-product, acetaldehyde. This condition was first discovered in adults who appeared drunk after consuming a carbohydrate meal, yet without ingesting any alcohol. To make matters worse, alcohol and its by-products have small molecular weights that allow them to easily pass through any barrier in the body, especially an already leaky intestinal wall (p. 51).

Campbell-McBride explains there is not one part of the body that does not suffer under a constant supply of alcohol. Here are a few of the tremendously negative effects of chronic alcohol in the body:

If children on the spectrum have a condition of constant yeast overgrowth, then they are constantly suffering from these negative effects.

“Acetaldehyde is considered to be the most toxic of alcohol by-products. One of the most devastating influences of this chemical is its ability to alter the structure of proteins” (Campbell-McBride, 2010, p. 52). When the structure of proteins has been altered by acetaldehyde they can no longer do their jobs properly. These by-products are thought to be responsible for many autoimmune reactions; the antibodies that would normally target acetaldehyde may also begin attacking normal proteins in the body that have a similar structure. Campbell-McBride relays the most common protein that gets attacked in an autoimmune response is myelin. Myelin is a very important protein in the nervous system because it coats brain cells and their branches and nerve fibers. I think of it as the insulation around an electrical wire. Without insulation, the electric current in the wire or nerve cell does not get to where it needs to go. In adults, damaged myelin results in the diagnosis of multiple sclerosis (p. 52-53).

Campbell-McBride shares that alcohol and acetaldehyde also render many essential nutrients useless in the body. For example, when acetaldehyde binds to a protein it causes a functional deficiency of vitamin B6. Vitamin B6 is important in the production of neurotransmitters, fatty acid metabolism and many other physiological functions. Functional deficiency means that even though a person may be ingesting enough vitamin B6, since the working sites on the vitamin are occupied by the acetaldehyde molecule, this prevents the vitamin from binding with the molecules it should bind with for proper physiological function. Instead the vitamin floats inertly in the body until it is excreted. As Campbell-McBride illuminates, this does not just happen to B6 but to a whole host of other substances in the body which have to bind to proteins to do their jobs but are prevented due to the presence of acetaldehyde.  She provides the example of thyroid hormones. The thyroid gland may be producing plenty of hormones, but because their binding sites are occupied by acetaldehyde and other toxins, the person manifests a thyroid deficiency which symptomatically presents as “depression, lethargy, fatigue, weight gain poor body temperature control, poor immunity, etc…” (p. 53).

In my first article I reviewed that without beneficial gut bacteria to digest milk and wheat the casomorphines and gluteomorphines that are produced from their initial break down will escape unchanged into the bloodstream once they get to the leaky intestine and cause problems; namely they interfere with brain function and immune system function. If you’ll notice, the suffix of those by-products of milk and wheat digestion is “morphine.” This is because casomorphines and gluteomorphines have similar chemical structures to opiates such as morphine and heroine. And there have been studies which show the presence of casomorphines and gluteomorphines in the urine of individuals with schizophrenia, autism, ADHD and various autoimmune disorders, “These opiates from grains and milk are thought to get through the blood-brain barrier and block certain areas of the brain, just as morphine or heroin would do” (Campbell-McBride, 2010, p. 54).

As an occupational therapist working in early intervention with children from zero to three years old, it has been interesting to notice that many children with feeding difficulties at 18 months and beyond do not manifest these while breast feeding. Campbell-McBride (2010) explains that breast milk requires virtually no digestion, thus the child does not need a lot of stomach acid. However, as the child starts eating solid foods, low stomach acid becomes problematic. She further explains that GAPS individuals commonly have low amounts of stomach acid due to abnormal gut flora and overgrowth of pathogenic flora citing that “Candida alone can make toxins which have a strong suppressing ability on stomach acid production” (p. 54).  She annotates a disturbing series of events:

In a stomach with low acidity the first steps in the digestion of these and many other proteins would not go well. Then these maldigested proteins would be passed into the intestine, where pancreatic digestive enzymes are supposed to carry on breaking down proteins. Low stomach acidity would impair production of pancreatic enzymes, so the next step in protein digestion would also go askew. Next these maldigested proteins reach the final sate of their digestion—the intestinal wall…As we have already discovered in the chapter on the gut flora, in GAPS people these cells are in poor shape…they are not able to accomplish these final steps in the digestion of casein, gluten and many other nutrients.  (p. 54-55)

She also cites Dr. J. Robert Cade from the University of Florida who also agrees that for individuals with autism and schizophrenia the basic disorder is in the intestines.

In her practice Campbell-McBride (2010) relays how some of the parents of many children who developed autism link the beginnings of their child’s descent to receiving their MMR (measles, mumps, and rubella) vaccine whereas other parents do not (p. 67). In my own clinical experience I’ve heard many anecdotal stories of children who were developing normally; had 100 words, engaged in many playful interactions with siblings and parents until they received a vaccination at 18 months, developed a fever, and then rapidly lost their words and their ability to interact with their family. Campbell-McBride broadens the discussion by not just looking at a possible one to one correspondence between vaccination and the onset of autism, but asks in general “how many healthy children do you see?” since she sees the constant rise of childhood asthma, eczema, diabetes, allergies, have fever, digestive disorders, ADHD, and autism to “have all gained epidemic proportions!” (p. 68). She argues the one thing all of these diagnoses have in common is a compromised immune system, “A compromised immune system is not going to react to environmental insults in the normal way (p. 68). She explains that a vaccination is a “huge” insult to the immune system and the manufactures that produce the vaccines make them for children with healthy immune systems. She sees children in first world countries rapidly increasing the proportion who do not have the healthy gut flora needed to support a healthy immune system, thus increasing the odds that vaccinations will have an adverse effect since: “In some of these children vaccination, putting an enormous strain on the already compromised immune system, becomes that ‘last straw which breaks the camel’s back’ and brings on the beginnings of autism, asthma, eczema, diabetes, etc” (p. 68). She feels it is the state of the child’s immune system which is the deciding factor. Yet, in the physiology of a child with a compromised immune system it may “provide the trigger which starts the disorder” (p. 68).

Campbell-McBride (2010) takes a common sense look at a remedy for this tragic situation. She proposes that a comprehensive immunological assessment should be performed on every infant to determine whether it is safe to vaccinate any individual child and any particular time. This would include a questionnaire to assess the health history of the parents and infants, a stool sample and urine analysis to check for leaky gut and to test the infant’s immune status. Once this has been completed she outlines three options depending on the results:

Certainly no one wants to go back to the time of high infant mortality before the advent of vaccinations. However, it seems we have traded one set of childhood diseases for another.  Unfortunately, after reading Campbell-McBride’s book, I am coming to understand the increase in not just autism, but a range of childhood diseases seems to be of our own making, unconsciously of course, but still due to a deeper lack of understanding of how essential beneficial bacteria and healthy gut flora are to our immune systems and ultimately our physical and mental health.

published in the UK in September, 2004 by Medinform Publishing: Cambridge.