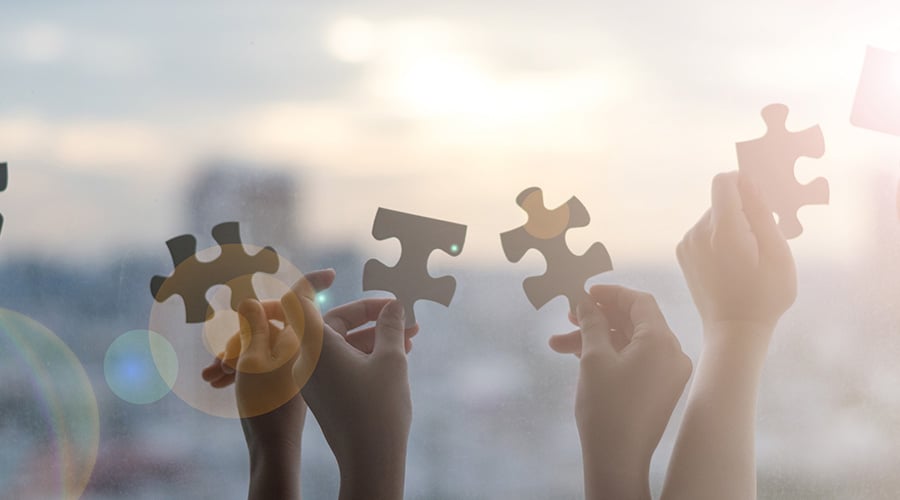 How GAPS, or Gut and Psychology Syndrome, affects the diet of children and adults.

Pasta, chicken nuggets, white bread, rice; also known as, the “White Diet,” is the diet of many children with autism.  Many children on the spectrum are picky eaters with limited diets although some will eat a few more varieties of food like fruits, yogurt, and of course, chips.  As an occupational therapist, I was trained to think about the texture of food. Does the child prefer crunchy, salty, or mushy, sweet, sour, textures or tastes?  Besides having limited diets many children on the autistic spectrum also have difficulty with elimination. Many parents of the children I’ve worked with over the years have reported their child is constantly constipated, has difficulty with bowel movements, or will not move their bowels for many days. So what is going on with the gastrointestinal tract of children with autism, and how does gut and psychology syndrome play into it?

Dr. Natasha Campbell-McBride, MD, MMedSci (neurology), MMedSci (nutrition) is also the mother of a now recovered child with autism.  In her clinic, she sees many children with not only autism but a plethora of other diagnoses: attention deficit disorder, hyperactivity, dyspraxia, dyslexia, various behavioral and learning problems, allergies, asthma, eczema, along with the digestive issues of children on the spectrum.  All these seeming disparate diagnoses Campbell-McBride says can be traced to the state of the children’s digestive systems. She has coined the term, Gut and Psychology Syndrome, or GAPS (2010, p. 6-7).

“GAPS children and adults have digestive problems, sometimes quite severe. Colic, bloating, flatulence, diarrhea, constipation, feeding difficulties and malnourishment, all to various degrees, are a typical part of autism, schizophrenia and other GAPS conditions” (Campbell-McBride, 2010, p. 9).  But unfortunately, this is not all. In her experience, Campbell-McBride has found the stools of children with autism to be atypical in the following ways:

Often the child would have such severe constipation, that he or she would not open the bowel for 5-7 or more days, which then would result in an extremely large and painful stool. In many of these cases, the child would wake up a night screaming, when the parents do not know what is wrong.  As the excessive gas gets released or simply moves to a different place in the bowel the pain would disappear and the child would settle down. (p. 10)

Unfortunately, because many children with autism cannot communicate, they have to express their pain physically through their bodies, “self-stimulation, self-destruction, tantrums, refusing to eat…pressing their tummies on hard parts of furniture” (Campbell-McBride, 2010, p. 10).

There have only been a few published cases of the X-ray results of the innards of children with autism, but they invariably show a condition called “fecal compaction with an over-spill syndrome” (Campbell-McBride, 2010, p. 10).  This is when large amounts of old compacted feces are literally glued to the walls of the digestive tract, where they can remain for many months; providing a “fertile rotting environment for all sorts of parasites, bacteria, fungi and viruses to breed and thrive, constantly producing a lot of toxic substances which are absorbed into the bloodstream of the child” (p. 10-11).  Whatever new food is eaten seeps through the narrow channel between all of the compacted fecal masses. Whatever stool comes out is an “over-spill” because the compacted fecal masses are still stuck, thus the bowels do not get emptied (p. 11).

In 1998 Dr. Andrew Wakefield a gastroenterologist published research suggesting a connection between chronic inflammatory bowel disease and autism.  In short, children with autism have enlarged and inflamed lymph nodes in their gut wall, “which is a clear sign of a fight with some infection going on there” (Campbell-McBride, 2010, p. 12).  Dr. Wakefield’s study also found various stages of inflammation in the gut of children with autism, “erosions of the mucous membranes of the colon and intestines, abscesses filled with pus, ulcers and plenty of fecal compaction” (p. 12-13).

A human body is like a planet inhabited by huge numbers of various micro-creatures…Our digestive system, skin, eyes, respiratory and excretory organs are happily coexisting with trillions of invisible lodgers, making one ecosystem of macro- and micro-life, living together in harmony.  It is a symbiotic relationship, where neither party can live without the other. (Campbell-McBride, 2010, p. 12)

According to Campbell-McBride (2010), the largest of these many colonies live in our digestive system, in a highly ordered arrangement wherein in a healthy gut, certain beneficial species control all the others.  Campbell-McBride divides the micro-flora into three groups: essential or beneficial flora, opportunistic flora, and transitional flora.

Health and Integrity of the Gut

The human digestive tract is a long tube open at both ends to the outside world, providing a perfect entrance for harmful microbes.  Campbell-McBride (2010) reminds us we eat and drink plenty of micro-organisms, chemicals and toxins everyday…so how can we survive? One of the reasons is, “the whole length of the digestive tract is coated with a bacterial layer, much like a thick layer of turf on the surface of the gut epithelium” which provides a natural barrier against any invaders, undigested foods, toxins and parasites (p. 16).  How do our indigenous, beneficial bacteria protect our gut wall?

Besides providing a physical barrier, the beneficial bacteria produce antibiotic-like, anti-fungal, and anti-viral substances including interferon, lizocym, and surfactants that dissolve the membranes of viruses and opportunistic bacteria while also engaging the help of the immune system. In addition, our beneficial bacteria produce organic acids, reducing the PH near the wall of the gut to 4.0-5.0, creating a most uncomfortable environment for pathogenic microbes (Campbell-McBride, 2010, p. 16).  Our beneficent, beneficial bacteria also neutralize nitrates, phenols, and a host of other toxic substances; inactivate histamine and chelate heavy metals and other poisons. The cell walls of beneficial bacteria also absorb many carcinogenic substances and make them inactive, and suppress hyperplastic processes in the gut, which is the basis of all cancer formation (p. 17).

So if our beneficial bacteria become damaged our gut wall becomes opened to anything that comes along, viruses, fungi, various opportunistic bacteria, parasites, and toxic substances, “all of which are very capable of damaging our digestive system and causing a chronic inflammation in its walls” (Campbell-McBride, 2010, p. 17).  To make a bad situation worse, without well-functioning gut flora the gut wall not only becomes unprotected, but malnourished. The beneficial bacteria living on the gut epithelium are actually the ones who digest our food; converting it into nourishing substances for our gut lining. According to Campbell-McBride, our gut epithelium derives 60-70% of its energy from beneficial bacterial activity.  Besides compromised gut flora, the lack of nourishment because of the compromise sets up a chain of degenerative changes in digestive wall structure which further impair its ability to digest and absorb nutrients (p. 17).

The absorptive surface of the intestines is lined with finger-like protrusions called villi with deep “crypts” between them.  The villi are coated with epithelial cells called enterocytes. The enterocytes complete the digestive process and absorb the nutrients from food.  Healthy enterocytes are a key to good digestion, thus, the lifespan of each enterocyte is very brief as they are born in the crypts between each villus and travel to the top of each villus as they digest food and absorb nutrients. Their life span ends when they reach the top of the villi and they are shed; “This way the epithelium of intestines gets constantly renewed to ensure its ability to do its work well” (Campbell-McBride, 2010, p. 18). In animal experiments in which the beneficial bacteria are removed the normal process of cell renewal is disrupted, often turning them cancerous, while the mitotic activity in the crypts becomes significantly suppressed, thus making the state of the enterocytes on the villi abnormal.  Campbell-McBride writes:

Without the care of the beneficial bacteria while under attack from pathogenic flora, the whole structure of the gut epithelium changes, starting a process of pathology or disease development.  The villi degenerate and become unable to digest and absorb food properly, leading to malabsorption, nutritional deficiencies, and food intolerances. (p. 18)

Digestion of Dairy and Wheat

The first stage of milk and wheat protein digestion occurs in the stomach where they get split into peptides, some of which have morphine-like structures called casomorphines and gluteomorphines.  These peptides then move to the small intestines and are broken down further by pancreatic juices, then reach the intestinal wall where they are broken down by peptidases which are found on the microvilli of the enterocytes. However, in people with abnormal gut flora, their enterocytes are compromised and as a result, the casomorphines and gluteomorphines get absorbed into the bloodstream unchanged and cause problems; namely, they interfere with brain function and immune system function.  Campbell-McBride (2010) writes, “There has been a considerable amount of research in this area in patients with autism, schizophrenia, ADHD, psychosis, depression, and auto-immunity, who show high levels of casomorphines and gluteomorphines in their bodies…” (p. 21). In Campbell-McBride’s clinical experience, once GAPS patients have restored healthy gut flora, they can once again digest casein and gluten (in moderate amounts).

According to Campbell-McBride (2010), our normal digestive processes are inextricably intertwined with the health of our beneficial bacteria.  They have the ability to digest proteins, ferment carbohydrates and break down lipids and fiber. As a matter of fact, fiber is one of the natural habitats in the gut for beneficial bacteria, “They feed on it, producing a whole host of good nutrition for the gut wall and the whole body…” (p. 22).  Beneficial bacteria also use fiber to absorb toxins, to partake in water and electrolyte metabolism, to recycle bile acids and cholesterol, “It is the bacterial action on dietary fiber that allows it to fulfill all those good functions in the body” (p. 22). However, when our beneficial bacteria become damaged and are not able to “work” on the fiber, “dietary fiber itself can become dangerous for the digestive system, providing a good habitat for the bad pathogenic bacteria and aggravating the inflammation in the gut wall” (p. 22).  By-products of beneficial bacterial activity are also important for transporting minerals, vitamins, water, gases, and many other nutrients through the gut wall and into the bloodstream (p. 22).

Lactose or milk sugar is another substance which many of us would not be able to digest without good bacteria in our guts (including this author).  Surprisingly, there are beneficial strains of E.coli living in our digestive tract helping us (well, not me) to digest lactose.  These beneficial E.coli, besides digesting lactose also produce vitamin K2, vitamins B1, B2, B6, B12, antibiotic-like substances (colicins) and control the not so friendly strains of E. coli which cause disease. They appear in the guts of newborns from the first few days after birth and remain throughout life, “providing they do not get destroyed by antibiotics and other environmental influences” (Campbell-McBride, 2010, p. 23).

Campbell-McBride (2010) tells us that vitamins and other active substances have a short life in the body, “So unless one is taking vitamins every hour (providing that they can get absorbed at all without healthy gut flora) there will be periods during the day when the body would be deficient in these vitamins” (p. 23).  In her clinic, every GAPS child she has tested show deficiencies in the very vitamins healthy gut flora are supposed to produce and also multiple nutritional deficiencies (p. 24). She writes, “This usual list of nutritional deficiencies, commonly seen in GAPS patients, includes some of the most important known nutrients for normal functioning and development of the brain, immune system and the rest of the body” (p. 25).

In my next article, I will discuss opportunistic flora and what damages healthy gut flora.