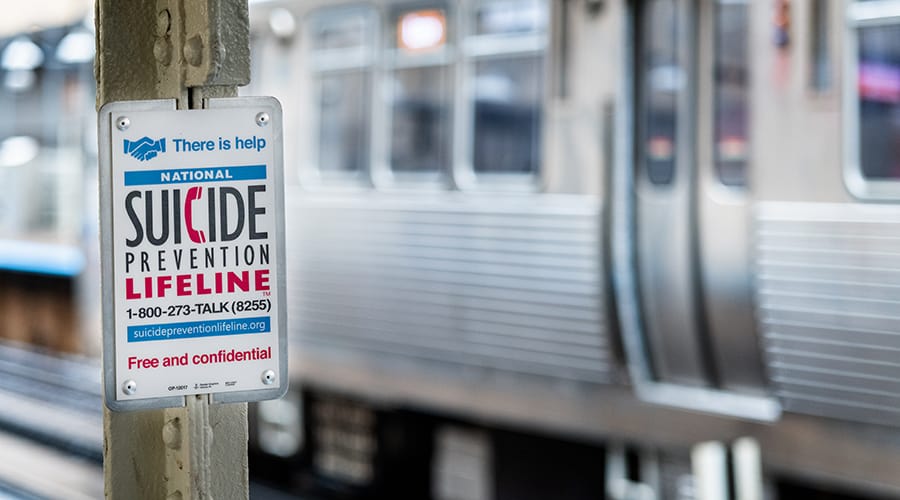 Suicide often is viewed as a death without purpose, a selfish means of escape. But in reality, people who commit suicide might see death as a solution for ending long-term emotional pain and suffering. No specific patient stereotype nor single risk factor can be used to easily identify which person will attempt suicide. Suicide is an equal opportunist, affecting all racial and ethnic groups, cultures and socioeconomic classes.

The presence of multiple risk factors often suggests the need for additional evaluation for suicidal ideation. Although 50 percent to 75 percent of those who commit suicide will have provided warning signs to friends or family members,1 an impending suicide attempt is not always recognized, even after the person is evaluated by a healthcare provider. In fact, almost half of people who die from suicide will have seen a healthcare provider within 1 month beforehand. Thus, healthcare providers must be aware of the suicide risk factors and warning signs – the presentation of which can be subtle – because early recognition is key to prevention.

Suicide is the 11th leading U.S. cause of death.2 More than 34,000 U.S. residents commit suicide every year, most of them adults.2,3 This equates to 94 suicides every day, or one every 15 minutes.2

Table 1 provides an overview of risk factors that are associated with an increased risk for suicide.

Generally, men and women respond differently to physical and mental stressors. These gender differences influence why men are more likely to die from suicide, even though women are three times more likely to attempt suicide. Also, recent data reflect that firearms have become the leading method of suicide in men and women alike.5

No data support the existence of genetic variations that would place people of a certain race or ethnicity at increased suicide risk. Instead, reported variations in suicide rates among racial and ethnic groups likely reflect cultural influences and differences in healthcare access.

For example, the suicide rate among American Indians and Alaska Natives ages 15 to 34 is 1.8 times higher than the national average for this age group.2 High rates of alcoholism and fewer American Indian public health resources may contribute to this high suicide rate.6

Although white people are twice as likely as black people to commit suicide, the suicide rate is increasing more rapidly in black Americans, particularly in younger black men.7 At least one prominent author and psychiatrist concludes that lack of access to black healthcare providers, along with racism and a negative view of mental health disorders in the black community, contribute to fewer black Americans seeking treatment for mental health conditions.7

A chronic health condition that impedes activities of daily living for a prolonged period is likely to negatively affect health status. For example, patients who experience MI are at greater risk for depression and, subsequently, suicide during the postoperative period. In fact, 65 percent of patients recovering from an acute MI report depressive symptoms, and 15 percent to 22 percent of those patients are diagnosed with major depression.8 Moreover, patients with cardiovascular disease and major depression have 3.5 times greater risk of death than do patients with cardiovascular disease who are not depressed.8

Other examples of chronic health conditions that may increase the risk of suicide are cancer, Parkinson’s disease, stroke, Alzheimer’s disease or any other terminal or progressive disease.

As many as 90 percent of people who die by suicide have a diagnosable mental health disorder at the time of their death,3 the most common of which is major depression. Although approximately 19 million U.S. residents have depression, not all depressed patients are suicidal.

People with unwanted same-sex attractions typically do not identify themselves as lesbian, gay or bisexual (LGB). This observation is significant in that it may contribute to the lack of awareness about the link between sexual orientation and suicide. Even when a person does self-identify as LGB or transgender (LGBT) and dies from suicide, the death report likely does not reflect the person’s sexual orientation.

Thus, basic epidemiologic research on suicide in the LGBT population is lacking. Data that are available pertain to lifetime prevalence rates of suicide attempts, which range from 7 percent to 20 percent among adult gay men and lesbians.11 This and prior research suggest that suicide in the LGBT community is substantially greater than that among its heterosexual counterparts.11

A history of alcohol misuse or illegal substance use increases the risk of suicide, since alcohol and drugs sometimes are used as the catalyst to commit suicide. The overall prevalence of alcohol intoxication (blood alcohol concentration at or above the legal limit of 0.08 g/dL) was nearly 24 percent among people who died from suicide and were tested for alcohol.6

A history of a previous suicide attempt is of particular significance. In fact, 20 percent to 50 percent of people who commit suicide will have previously attempted suicide.3 A family history of suicide is also important – in particular, if a parent has committed suicide, a child may perceive suicide as a viable alternative to stressful situations or events.3

Research has established a correlation between creative people (e.g., artists, musicians) and depression, affective disorders and suicide. Examples of creative people who committed suicide include Ernest Hemingway, Virginia Woolf, Vincent Van Gogh, Arshile Gorky and Kurt Cobain; suicide has been implicated in the deaths of Marilyn Monroe and Judy Garland.

Self-destructive behavior is not unique to mood or personality disorders. It also might occur in patients with low self-worth, including those who are struggling to accept their same-sex attractions and are uncomfortable with the idea that they might be gay.

Those who perceive their life to have little value are more likely to abuse drugs, attempt suicide or engage in unprotected sex.11 Self-destructive behaviors such as self-mutilation may be a precursor to an eventual suicide attempt, so it is vital that these actions be recognized as warning signs. These actions can be viewed as “testing the waters,” or as a person building up the courage to eventually follow through with suicide.

Although most suicide inquiries tend to occur with a sensitive, clear and supportive approach, the way in which the topic is broached and discussed also plays a significant role.1

Here are a few tips that may facilitate discussion of suicide.

Avoid leading questioning – that is, asking questions that guide the appropriate response. For example, “Are you considering suicide?” may be acceptable, but, “You’re not thinking about killing yourself, are you?” implies the acceptable or expected answer. This subtle change in the phrasing of the question is extremely important.

Other questions to avoid include, “Suicide is against most religions. Are you a religious person?” or, “Suicide will hurt those you care for the most. You do know this, right?”

Table 2 lists examples of questions that may be useful in engaging a patient.

Most patients contemplating suicide recognize that this topic can make others uncomfortable and therefore often are reluctant to engage the interviewer. Creating a setting of trust and compassion and a nonjudgmental atmosphere is essential to recognizing suicide risk early and acting to prevent it.

2. Centers for Disease Control and Prevention. (2010). Suicide: Facts at a glance. Retrieved August 12, 2011 from the World Wide Web: http://www.cdc.gov/violenceprevention/pdf/Suicide_DataSheet-a.pdf

Roberto Canales is the associate program director and admissions coordinator for the Missouri State University PA program in Springfield, Mo. He has completed a disclosure statement and reports no relationships related to this article.

Roberto Canales is the associate program director and admissions coordinator for the Missouri State University PA program in Springfield, Mo. He has completed a disclosure statement and reports no relationships related to this article.