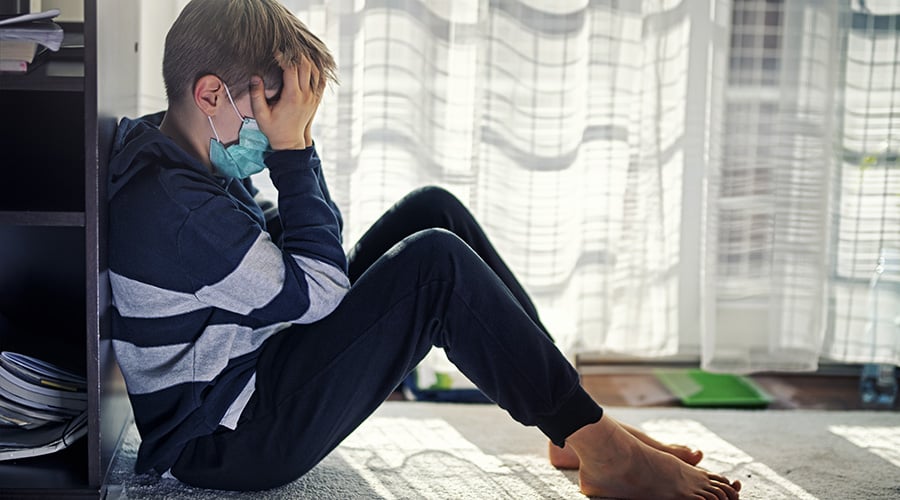 Children with depression are at significantly increased risk for diseases linked to mental health issues and early death, according to a study published Wednesday by JAMA Psychiatry.

The analysis of more than a million people treated in Sweden for depression as children found that men and women who were depressed during their youth were six times as likely to die at a young age, the data showed.

In addition, childhood depression sufferers had a risk eight times greater for developing sleep disorders in adulthood, according to the researchers.

This could include trouble sleeping or excessive daytime sleepiness, a disorder that causes sufferers to fall asleep during daytime hours, the researchers said.

“Depressed children and teenagers have an increased risk of suffering from premature death and a wide range of illnesses later in life,” study co-author Sarah Bergen told UPI.

“However, more research is needed to establish whether this relationship is causal, or whether childhood depression causes this increased risk,” said Bergen, a senior researcher at the Karolinska Institute in Sweden.

An estimated 7% of children and teens in the United States have depression and the percentage is increasing, according to the Centers for Disease Control and Prevention.

For this study, Bergen and her colleagues reviewed health data on nearly 1.5 million Swedes born between 1982 and 1996 who received treatment for depression between ages 5 and 19.

Participants were found to be at increased risk for 66 somatic disorders, or diseases with physical symptoms that often cause mental distress, the researchers said.
Women were found to be more than 14 times more likely to self-harm, and both men and women were more than 14 times more likely to die because of intentional self-harm.

In addition to self-harm and suicide, people treated for depression in childhood also were six times more likely to contract viral hepatitis, perhaps due to injection drug use, and nearly twice as likely to suffer migraine headaches.

“It is possible that genetic or environmental risk factors lead to both youth depression and the somatic diseases,” study co-author Marica Leone told UPI.