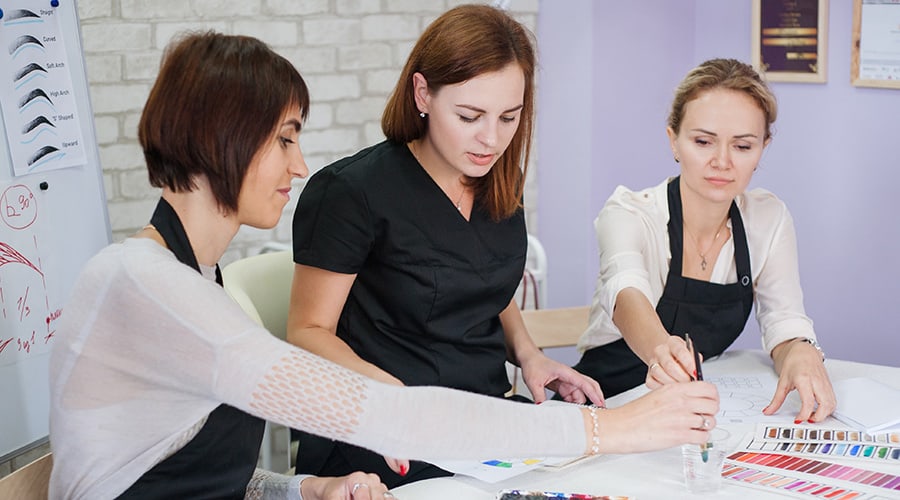 Over 2,000 signatures so far in support of Springfield Technical CC

Now, school graduates and affected faculty are hoping to save their current and former program.

“I am a native of Springfield, raised by a single mother. I never felt smart or was encouraged in school. Your cosmetology program is where I began to believe in myself and find a purpose,‘’ 1989 graduate Michelle Scibelli wrote.

“Some thirty years later I am still working in the industry and the proud owner of Gasoline Alley the Salon. I chose to locate my business in Springfield to support the city and give back, (which is) a value that was emulated at STCC. One of my greatest joys is hiring young female graduates from the STCC Cosmetology Program and walking alongside them as they built their self-esteem and a career.”

“I had the experience of a lifetime. The way they conduct their grading scores and would even score us on our uniform is something I live by till this day,‘’ wrote Jennifer Moser, also owner of a salon in South Hadley.

After her 1991 graduation, Moser worked in the field for several years. After taking an extended sabbatical to start a family, she returned to find her license had lapsed.

“I called the cosmetology program and asked if I could have a refresher course so I could take the state boards again. They immediately welcomed me back (and) took me under their wing. I went on to work for a salon, then renting, and now own my own business after seven years. I believe in this program wholeheartedly,‘’ she said.

Cosmetology instructor Tara Lavertue, who spearheaded the petition drive, penned a letter to administrators extolling the good STCC’s program provides for the community.

“Last year, our program was made up of 33 percent Latina and 10 percent African American. This percentage of Latina base exceeds the college’s expectations (for such an institution). Without our program, it will be difficult to reach many of these students,‘’ Lavertue wrote.

“We were able to take kids from all different backgrounds, ethnicities and financial tiers, and bring them together as a family in a program where we had a 97 percent success rate in written examination through the State Board, and 100 percent pass rate in their practical exam. This is with kids who struggled to get through high school who, under the college’s accommodations given through the Office of Disabilities, were able to successfully complete our program.‘’

Ultimately, the decision will likely come down to the ability to prove the need for the program going forward at Springfield Technical.

“The enrollment numbers are there. Cosmetology had 45 students accepted and there is room (with social distancing) for about 20,‘’ union chapter president Renae Gorman concluded.