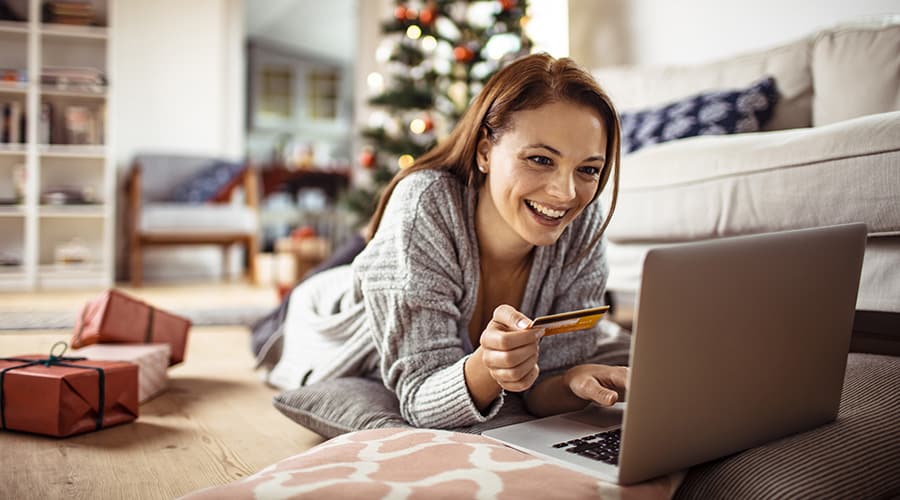 I must admit; I love the ease of one-click shopping. As soon as the realization hits that the pantry or bathroom is running low, I can click and reorder products while watching news or finishing laundry. I know I am not alone. Busy women and men everywhere have helped propel Amazon into one of the richest companies on the planet. Shopping during the pandemic has been tricky, and companies such as Amazon have become even richer while families/municipalities were forced to lockdown and manage the hazards of physical distancing by purchasing vast quantities of items online.

However, as we face an even greater surge of COVID-19 during the holidays, how will we cope? Will we be buying everything online?

How will that work? As consumers might have noticed during the massive panic purchasing that occurred during lockdown, Amazon products have been experiencing episodic shortages, recall notices and poor reviews, enough that Congress and lawyers have gotten involved. Have you noticed? Maybe not, but that could be forgiven due to the pandemic the United States has been fighting. Shortages and recall notices have been more significant than the difficulties of obtaining toilet paper and hand sanitizer that has been in the news.2

When shopping on Amazon, the buyer has a surfeit of selections to click through, depending on whether they have a Prime account, and how quickly they prefer shipping speed. Buyers may also select items from third party sellers, or sellers from less regulated suppliers, such as China. The primary reason a buyer may choose to select a product from an overseas seller may be price.

Generic medications are also available online, sold in bulk. Buyers may not be able to see the “discontinued by” stamp on products that are purchased, or a list of ingredients in skin care items to check for allergies. These are often reasons for Amazon buyers to post questions online to seek additional information from previous Amazon customers before making a purchase.

Amazon has won multiple lawsuits pertaining to claims regarding the purchase of “third-party” products, which represent approximately 53% of their 12 million products. One would be an example of a charger for a hoverboard that caught fire in Santa Rosa, California. Dave Carpenter had purchased the hoverboard for his daughter. His wife and daughter were not at the house when the charger caught fire and destroyed his home, but his two dogs were. A goldendoodle named Roo and a Boston Terrier named Boo were lying dead under a tarp in the front yard when he was called home.3

So far, Amazon has won the preliminary trial because the charger was purchased via a third-party seller and claims involving third parties are poorly regulated in the United States. Dave hopes to win on appeal, but the funds for such a case are not on his side. For him to win, he would need to prove the charger was defective at the time of purchase.

However, the McMillan case was decided a bit differently. A Federal judge in Texas decided that once Amazon places a third-party item “into the stream of commerce” they can be held liable. In this case, Morgan McMillan’s 19-month-old daughter swallowed a coin-sized battery from a knock-off Apple TV remote that did not have a childproof seal on the battery compartment. The battery lodged in the child’s esophagus and started to leak caustic battery fluid into the child’s body. Morgan’s daughter required surgery to remove the battery. The remote was purchased from a third-party seller in China that Amazon has not been able to locate. Now the McMillians need to try to prove the battery compartment was defective at the time of purchase to further sue Amazon. It will be difficult but not impossible.3

Although the McMillan case could be viewed as a partial win for consumers, it was not. The product description was written by the seller, and large and small third-party sellers remain quite lucrative for both Amazon and consumers.

Amazon customers are extremely loyal. In fact, 95 million people (now representing more than half of Amazon shoppers) have Prime membership, allowing for free shipping and special perks. Prime shoppers spend an average $1.4K per annum. Whether shoppers have Prime membership or not, 9 out of every 10 consumers price check a product on Amazon before making a purchase decision.1 1

Shoppers were pleased when Amazon began releasing a line of their own products (called AmazonBasics) in 2009. This product line, which expanded to include over 70 items, contained USB charging cables, microwaves, battery chargers. and office equipment. For the first few months, everything seemed to be fine, but then the product reviews began to roll in.1

A voice-activated microwave was alleged to have caught fire while a child was heating a macaroni and cheese cup. A house fire was tracked to a phone charging cord, which was found fused to the underneath surface of a bedside chair, almost completely burned in a teenager’s room. CNN began an independent investigation and found customers had identified 30 or more items with the words “hazard” or “fire” written in their reviews, suggesting these items might be appropriate for recall.1

Following the CNN report, Amazon replied they believed their products are thoroughly vetted for safety and that the microwave had been found safe for use. A few of the items in the CNN report were discontinued from Amazon’s shelves.

Amazon responded that the microwave met standards established by the “FDA, UL, FCC, Prop 65, and others for safety and functionality” as stated by an Amazon spokesperson. As for the consumer, it is important to read product reviews before purchase, and to note problems that may have been noted by previous customers! It may be worth it to scroll through additional products with five-star reviews to assure peace of mind before hitting the “buy now” prompt.

The year 2020 has been an eventful one. It is far from over. With more than 10.4 million COVID cases, and isolated shutdowns starting to recur, online shopping will be more important than ever. What is important for consumers to know before reaching out on their own with a laptop or smartphone is to do a bit of research. Is it worth saving a few dollars to purchase an item from a third-party seller with instructions or a “warranty “in a foreign language? Should you purchase AmazonBasics products that may have a history of fires, or would fewer gifts and peace of mind be more appropriate? What about skipping purchases and starting a new tradition, one that involves giving or being thankful for the end of an incredibly stressful year?

Now that is a thought. More than ever, be knowledgeable and be safe.