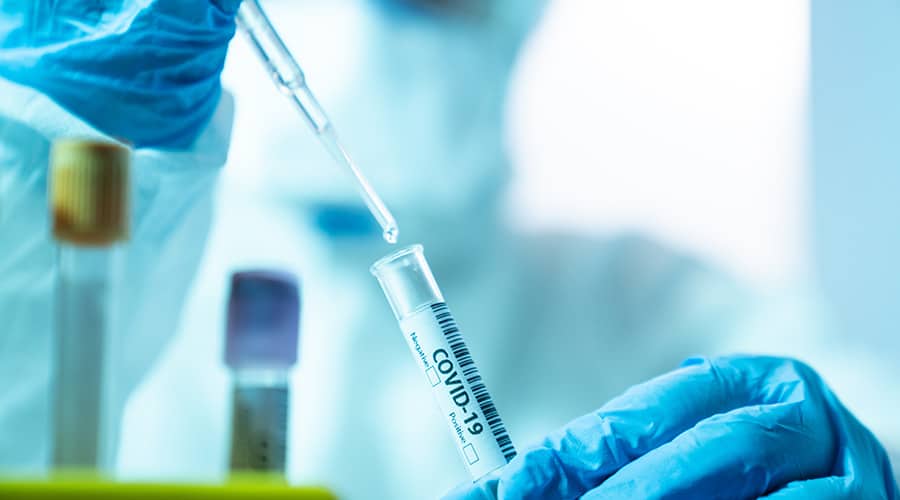 Nearly 25 million Americans may have contracted the coronavirus, a figure 10 times higher than the number of confirmed cases, the Centers for Disease Control and Prevention (CDC) said Thursday.

In a briefing with reporters Thursday, CDC Director Robert Redfield said surveys of blood samples taken from around the country suggest that millions of Americans may have contracted the virus either without knowing it or with only minimal symptoms.

For every one confirmed case, Redfield said, the CDC estimates that 10 more people have been infected.

“This virus causes so much asymptomatic infection,” Redfield said. “We probably recognized about 10 percent of the outbreak.”

Almost 2.4 million Americans have tested positive for the coronavirus, according to the Center for Systems Science and Engineering at the Johns Hopkins University of Medicine. Redfield said the serological surveys of blood samples, collected both for coronavirus tests and for other reasons like blood donations or laboratory tests, showed that between 5 percent and 8 percent of Americans have contracted the virus.

Most people who contract the SARS-CoV-2 virus show few if any symptoms, and only a small percentage require hospitalization. But while the number of potentially infected people is multitudes higher than the number of confirmed cases, Redfield also said the relatively low percentage of Americans who have been infected means hundreds of millions more remain at risk.

CDC officials are warily eyeing growing numbers of coronavirus cases and hospitalizations in Southern and Southwestern states, Redfield told reporters in a conference call. More than 100 CDC staffers are deployed to about 20 states to help local health departments deal with the exploding number of cases.

On the other hand, there are signs of hope in some of the earliest epicenters of the outbreak. New York Gov. Andrew Cuomo (D) said Thursday that his state was treating fewer than 1,000 COVID-19 patients in hospitals, the first time since mid-March that the number of hospitalized cases had dipped below 1,000. Hospitalizations have declined throughout several Mid-Atlantic and New England states.