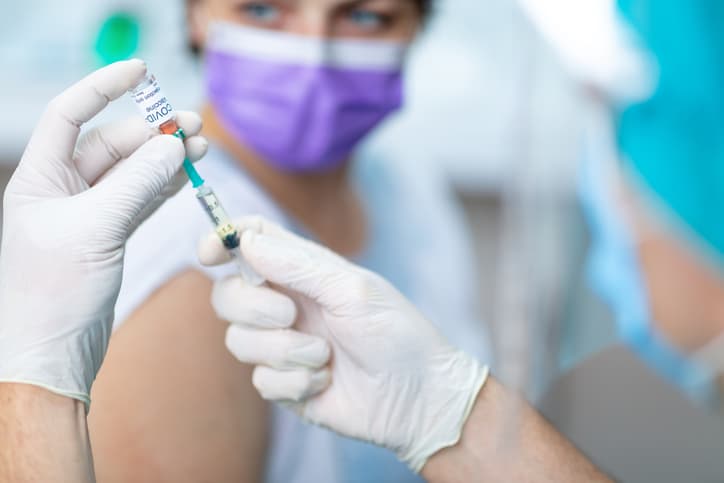 At least 114 million cases of coronavirus (COVID-19) have been diagnosed worldwide as of Monday evening, March 1, 2021, including at least 2.54 million deaths. Healthcare officials in the United States have reported at least 28.7 million positive COVID-19 cases and at least 514,000 deaths. Source: Johns Hopkins University & Medicine

At least 244 million individual doses of COVID-19 vaccine have been administered worldwide as of Monday evening, including more than 75 million in the United States. Source: GitHub

Johnson & Johnson vaccine to be boycotted by Catholics?

Catholics who live in New Orleans are reportedly being encouraged by their archdiocese to avoid receiving the Johnson & Johnson COVID-19 vaccine due to it being “morally compromised by its extensive use of abortion-derived cell lines.”

According to recent reports, archdiocese noted that deciding whether or not to receive the vaccine is an individual choice, but that the vaccine “is morally compromised as it uses the abortion-derived cell line in development and production of the vaccine as well as the testing.”

Among the long-term effects experienced by some patients who contract COVID-19 is post-traumatic stress disorder (PTSD). According to a new study published in JAMA Psychiatry, more than 30% of survivors may develop the condition, which is triggered by a traumatic event and results in flashbacks of trauma, nightmares, and severe anxiety.

For the study, “Post-traumatic Stress Disorder in Patients After Severe COVID-19 Infection,” researchers evaluated more than 380 survivors who had been admitted to the emergency department in Rome, recovered from the illness, and then received medical and psychiatric assessments from April to October 2020. The research reportedly found that 115 survivors were diagnosed with PTSD.

Women are said to be more likely to be diagnosed with PTSD, and having a history of depression and anxiety or experiencing more than three COVID symptoms that persisted post-recovery are other factors that can increase the chances of PTSD.

Following the announcement by the U.S. Food and Drug Administration (FDA) that an Emergency Use Authorization (EUA) has been granted for the single-dose COVID-19 vaccine by Johnson & Johnson, company officials have announced data from their Phase 3 ENSEMBLE study, which has reportedly demonstrated the vaccine to be 85% effective in preventing severe disease across all regions studied while showing protection against COVID-19-related hospitalization and death beginning 28 days after vaccination. The company reportedly plans to file for a Biologics License Application with the FDA later in 2021.

“This milestone follows a year of incredible work by our dedicated teams and unprecedented collaboration with health leaders around the world—all of whom shared a goal of bringing a single-shot vaccine to the public,” said Alex Gorsky, chairman and chief executive officer of Johnson & Johnson. “We will do everything we can to help bring this pandemic to an end, in the United States and throughout the world.”

According to a recent press release, the company has begun shipping the vaccine and expects to deliver enough single-shot vaccines by the end of March to enable the full vaccination of more than 20 million people in the United States. The company also plans to deliver 100 million single-shot vaccines to the U.S. during the first half of 2021. The U.S. government will manage allocation and distribution of the vaccine in the U.S. This will be prioritized according to the populations identified by the Advisory Committee on Immunization Practices guidelines through the U.S. Centers for Disease Control & Prevention.

“We believe the Johnson & Johnson single-shot COVID-19 vaccine is a critical tool for fighting this global pandemic, particularly as it shows protection across countries with different variants,” said Paul Stoffels, MD, vice chairman of the executive committee and chief scientific officer with Johnson & Johnson. “A vaccine that protects against COVID-19, especially against the most dire outcomes of hospitalization and death, will help ease the burden on people and the strain on health systems worldwide. We look forward to our continued efforts around the world as we collectively aim to change the trajectory of this global pandemic.”

Johnson & Johnson officials also recently announced submission of a European Conditional Marketing Authorisation Application to the European Medicines Agency and a filing for an Emergency Use Listing with the World Health Organization for its vaccine candidate. In addition, rolling submissions for the single-dose COVID-19 vaccine candidate have been initiated in several countries worldwide, according to the press release.

The EUA follows a unanimous vote by the U.S. FDA’s Vaccines and Related Biological Products Advisory Committee on Feb. 26.

The Johnson & Johnson vaccine is reportedly compatible with standard vaccine storage and distribution channels with ease of delivery to remote areas. The vaccine is estimated to remain stable for two years at -4°F (-20°C), and a maximum of three months at routine refrigeration at temperatures of 36-46°F (2-8°C). The company will ship the vaccine using the same cold chain technologies it uses today to transport treatments for cancer, immunological disorders, and other medicines. The COVID-19 vaccine should not be re-frozen if distributed at temperatures of 36°F–46°F (2°-8°C), officials said.

The Phase 3 ENSEMBLE study is a randomized, double-blind, placebo-controlled clinical trial in individuals 18 years of age and older. The study was designed to evaluate the safety and efficacy of the vaccine candidate in protecting against both moderate and severe COVID-19 disease, with assessment of efficacy as of Day 14 and as of Day 28 as co-primary endpoints. The study enrolled a total of 43,783 participants. The trial, conducted in eight countries across three continents, includes a diverse and broad population including 34% of participants over age 60, officials said.

A variant of COVID-19 found in California is reportedly causing concerns among researchers about emerging evidence that shows it could be deadlier, more transmissible, and more resistant to vaccines.

The s B.1.427/B.1.429 or CAL.20C strain was discovered by two research teams earlier this year, according to a recent report by the Los Angeles Times. The studies are in their early stages and have not yet been published. The research suggests that this strain of the virus has been circulating in California since May 2020 and is said to have multiple mutations, including some on the spike protein. One mutation reportedly appears to stabilize the interaction between the spike protein and receptor it uses to bind to human cells, which would make it better at infecting people, the report states.

There are reportedly four mutations to this strain that have not been seen in the variants found in the United Kingdom, South Africa, and Brazil, the report claims.