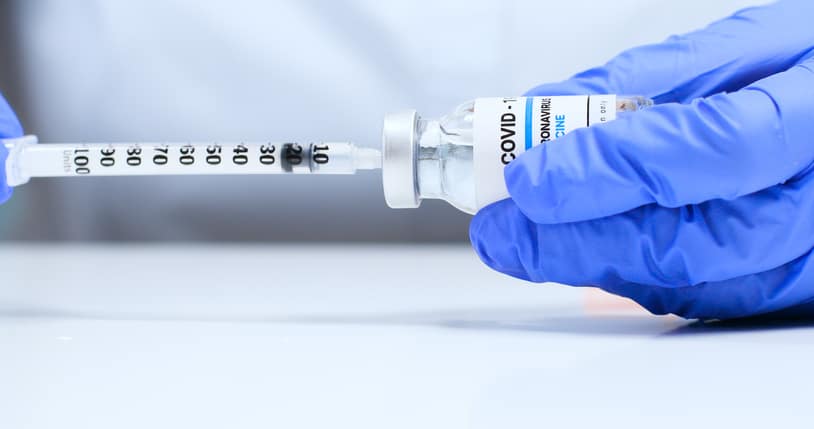 At least 181 million cases of coronavirus (COVID-19) have been diagnosed worldwide as of Monday evening, June 28, 2021, including at least 3.93 million deaths. Healthcare officials in the United States have reported at least 33.6 million positive COVID-19 cases and approximately 604,000 deaths. Source: Johns Hopkins University & Medicine

At least 2.96 billion individual doses of COVID-19 vaccine have been administered worldwide as of Monday evening, including at least 323 million in the United States. Source: GitHub

The rate at which people in the United States are becoming vaccinated each day has dropped to below 200,000, according to the Center For Disease Control and Prevention’s (CDC’s) vaccination trend data tracker.

The daily rate is down from a peak of 2 million daily in April and approximately 900,000 in May. Fewer than 30,000 first doses were reported to the CDC on June 22, the lowest single-day number since late December.

According to a recent poll by Morning Consult, the U.S. has a higher rate of people who are opposed to receiving the vaccine than any other major country except Russia, as 30% of U.S. adults reportedly say they are either unwilling (19%) or uncertain (11%) on being inoculated.

People likely to regain sense of smell after COVID-19, eventually

Although it could take up to one year, the ability to regain the sense of smell after COVID-19 is said to be expected. According to a recent study published by JAMA, anosmia, the clinical term for loss of smell, has discrepancies that exist related to recovery between self-assessed and objective testing. For the study, researchers analyzed 97 patients with acute smell loss lasting more than seven days after a positive COVID-19 diagnosis.

Of the 97 participants, 51 underwent both subjective and objective olfactory tests, meaning they were surveyed about their sense of smell and tested to corroborate their responses. Each of these 51 patients completed surveys that assessed their ability to smell every four months over one year. Participants rated their sense of smell ability.

Nearly all COVID deaths linked to the unvaccinated

Deaths in the United States are down dramatically, but those who aren’t vaccinated are said to be accounting for mostly all of the deaths that do occur. According to an analysis conducted by the Associated Press, “breakthrough” infections among those who are fully vaccinated accounted for fewer than 1,200 of the more than 853,000 hospitalizations due to COVID, or approximately 0.1%. The numbers stem from available government data by the Centers for Disease Control and Prevention (CDC).

Meanwhile, only approximately 150 of the more than 18,000 COVID-19 deaths during the month of May were among fully vaccinated people, or approximately 0.8%.

There are limitations to the data, including that only approximately 45 states report breakthrough infections.