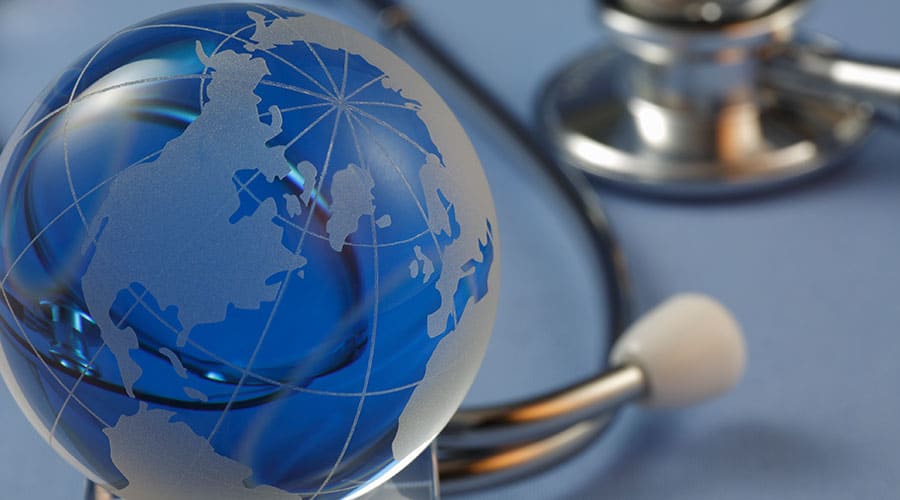 Healthcare has become one of the many sectors that has gone through a significant transformation.

With the explosive penetration of smartphones and smart devices, healthcare has become one of the many sectors that has gone through a significant transformation, a fact made evident in the current popularity and acceptance of mHealth application and devices. Mobile phones have undergone massive evolution and function as full-fledged computers that provide a range of features and services and mHealth is making steady progress as the technology has simplified healthcare for all.

Instances of the usefulness of mHealth devices and apps are massively afloat worldwide, the impact of which has been felt on the global mHealth market, touted to surpass a remuneration of USD 289 billion by 2025. For example, resounding success has been achieved by a postoperative education mHealth tool designed to provide the answers to parent or guardian caregivers who are attending to pediatric patients. The mHealth tool provides caregivers with solutions and information about common post tonsillectomy care which helps parents and saves them the trouble of having to go through all the written materials or making a late-night phone call to the doctor. Only 7 of the 64 families given access to the app called the clinic with postoperative questions. In total, 68% of families used the app and 86% said they would prefer to use the app in future rather than make a phone call with questions about patient care.

The technology proliferation irrefutably, is being led by healthcare-focused companies which are working to include technology in their offerings. For example, Solera Health an Arizona-based integrated health network announced that it will be partnering with Fitbit in launching a connected health platform that will encourage care management through behavior change and positive reinforcement. Solera launched the Diabetes Prevention Program in 2017 in which the members who wore a Fitbit device lost more weight than other participants.

Fitbit, one of the leaders in the digital health field, has been known for its efforts of bridging the divide between consumer-centered devices and platforms preferred by healthcare providers. Fitbit Care, a connected health coaching and support platform designed for providers, consumers and businesses has proven effective in diabetes prevention, and are aimed at people with poor health profiles that can lead to the development of Type 2 diabetes. Nearly 84 million U.S. adults fall into this category, with chances of developing a chronic disease that affects more than 30 million adults in the country and racking up about $327 billion in annual healthcare costs.

Noting the effectiveness of mHealth platforms in healthcare, the University of Virginia Health System recently announced the launch and expansion of six telehealth and mHealth programs designed to improve chronic diseases care management and coordination. The new programs apparently build on a trend of developing remote patient monitoring platforms to keep track of patients at home and have gained support in the form of a $750,000 grant that has been endowed by the Centers for Disease Control and Prevention (CDC) and the Virginia Department of Health.

Major healthcare devices manufacturers have also come to be a part of the mHealth ecosystem as regulatory bodies like the FDA have come to largely approve of the new technology platform. For instance, the U.S. FDA recently approved an mHealth platform that uses VR technology to detect a concussion and improve care management in the aftermath of one. The EYE-SYNC, as it is named, consists of an infrared camera equipped VR headset and a tablet that comes with an mHealth app. It can apparently help clinicians to evaluate visual impairments, supervise recovery and support the rehabilitation of ocular-vestibular and ocular-motor deficits, besides the optimization of brain performance. Such actions by the FDA as well as further clarity about which category of federal oversight such products will fall into have reassured manufacturers who are now attempting to consolidate their position in mHealth sector.

Proliferating electronic advancements have made it viable for the upsurge in the power of modern smartphones, allowing for the development of quality video applications. Networks are also rolling out the latest high-speed cellular towers, bringing 4G connectivity in many markets. The combination of high-speed processors and networks is expected to drastically improve the performance of various applications, mHealth in particular. As manufacturers continue to upgrade interfaces to suit consumers, the usability of applications is anticipated to increase. Though the mobile modality is relatively young it has been observed to be maturing with each product release.

With more manufacturers and smaller developers entering the arena of mHealth along with large and well-known developers already making substantial investments in the field, the price of mHealth devices and applications will continue to register a downward trend. At the same time, SMBs are expected to deliver some of the most ground-breaking technologies in mHealth that would be capable of serving individual consumers thus continuing a push toward the commoditization of health care.

Product price trends of mHealth devices will also register a downturn, with the entry of major manufacturers who have the ability to build and sell products in bulk. Mobile solutions can necessarily become a tool to lure people toward more expensive services, with the profit from enterprise systems and other services offsetting the cost of free mobile applications.

Prestigious institutions like the American Medical Association (AMA) have come to acknowledge the role of mHealth devices and apps in the promotion of safe and effective patient care. In 2016, at an AMA Interim Meeting a list of principles to guide coverage and payment policies was signed by physicians who voted to support the use of accurate, effective, safe and secure mHealth apps and associated devices.

While the AMA policy acknowledges the need to expand the evidence base necessary to show the accuracy, effectiveness, safety and security of mHealth apps, research in the U.S. has come to show that mHealth devices can be instrumental in financially supporting hospitals, especially in the rural areas. Connected health technologies that enable smaller hospitals to collaborate with larger health systems can essentially reduce expenses while services that are more billable can be kept local thus alleviating the financial woes of smaller hospitals. With the reach of mHealth technologies spreading further, it is expected to become one of the most game changing aspects in the current healthcare scenario.

Shikha Sinha is an active contributor on digital media outlets where she majorly reports, deciphers, and analyzes the impact of the technology realm on today’s businesses. Her portfolio of media channels as a contributor includes Page125.org, Algosonline, Thecampingcanuck, etc. Besides writing for these portals, Shikha also manages the editorial board at a couple of online media channels including L2Food and Packing Materials. As her first stint in writing, Shikha contributed on Yahoo Voices, where she penned down poems and customized pieces. She holds a Bachelor of Technology degree in Electrical and Electronics Engineering.