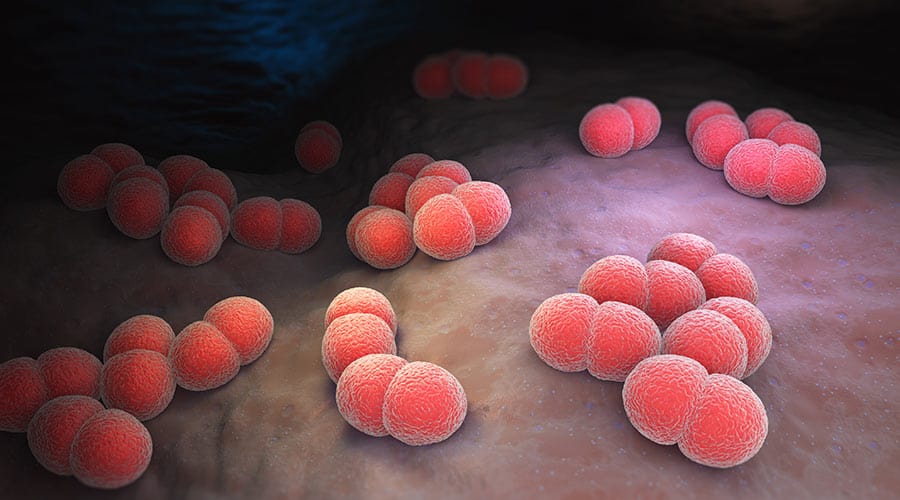 With this new column, Elite will compile an index of various infectious diseases, with occasional highlights of emerging conditions.

General definition and information: An inflammation of the meninges, the three membranes of the brain that line the skull and vertebral canal and that enclose the brain and spinal cord.

Causes & Modes of transmission: There are several types of bacteria that can cause meningitis. According to the Centers for Disease Control and Prevention (CDC), the leading causes of bacterial meningitis in the United States include:

Meningococcal bacteria are spread from person to person by the sharing of respiratory and throat secretions. According to the CDC, close (eg, coughing or kissing) or lengthy contact is necessary in order for the bacteria to spread. While not as contagious as the germs that cause the common cold or the flu, meningitis can also be spread through casual contact or by breathing in air where someone with meningococcal disease has been. (Certain germs, such as Listeria monocytogenes and Escherichia coli, can spread through food.)

Sometimes the bacteria spread to people who have had close or lengthy contact with a patient with meningococcal disease. Anyone who lives with the infected person and anyone who experiences direct contact with the infected person’s oral secretions will be at increased risk for the disease. Mothers can also pass along some disease-causing bacteria to babies during labor and birth.

Higher-risk groups of contracting the condition include babies, those who live in community settings, those who work with meningitis-causing pathogens, and those who are traveling.

According to the CDC, some of the other most common examples of how the bacteria are spread include:

Prevention parameters: According to the CDC, the most effective way to protect against certain types of bacterial meningitis is to get vaccinated. Vaccines are available for three types of the disease-causing bacteria: 1) Neisseria meningitides; 2) Streptococcus pneumonia; and 3) Haemophilus influenzae. The CDC also suggests that pregnant women be tested for Group B Streptococcus between 35 and 37 weeks gestation. Antibiotics should be administered during labor to those women who test positive for the condition.

The CDC also recommends prophylaxis for those who are in close contact with someone who has been diagnosed with meningitis caused by Neisseria meningitides and family members of someone with a serious Haemophilus influenzae infection. Patients should also be educated on the maintaining of certain healthy habits that can reduce their risk of contracting bacterial meningitis, including not smoking and by avoiding cigarette smoke, having good sleep habits, and avoiding close contact with those who are sick.

2 Rutgers Students Said to be Infected With Bacterial Meningitis
Recent reports have been circulating that claim two students at Rutgers University have been diagnosed with bacterial meningitis. The most recent case reportedly led to a hospitalization over the past weekend, according to a report by NJ.com. The other student was reportedly hospital on Feb. 4 and has since been released. According to the report, the student most recently admitted to the hospital over the weekend will be tested to determine the type of meningococcal bacteria that caused the infection. The first student has reportedly been diagnosed with Serogroup B meningococcal disease. New Jersey Health officials reportedly did not yet recommend that the school cancel any activities or classes on campus. University officials told NJ.com that they are monitoring the situation with local, county, and regional healthcare officials.

Deaths in North Carolina Linked to Bacterial Meningitis?
Though few details have yet to emerge, authorities in North Carolina have confirmed that a recent death was caused by bacterial meningitis, according to a report by the Associated Press. Macon County Public Health Department officials also recently announced that a second death within the past three weeks is also suspected to be caused by the disease, according to the report. Preventative antibiotics are being given to those who came in close contact with the infected individuals, the report claims.