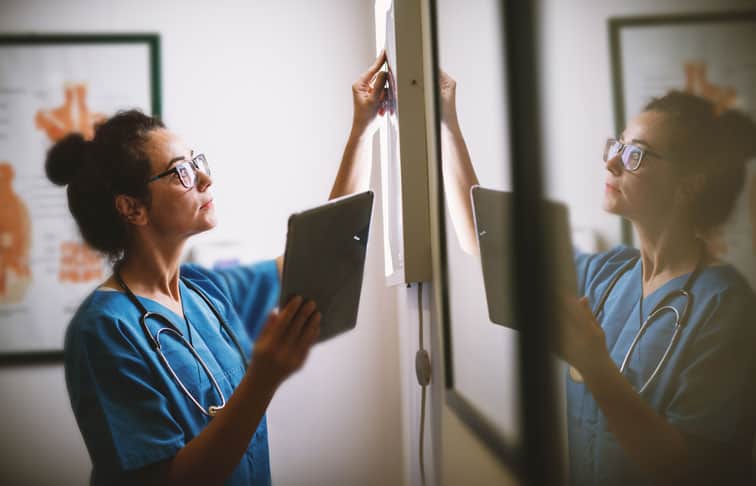 Nurses know that experience brings wisdom. But after 15 years in the field, registered nurse salaries begin to stagnate, according to our 2018 Nursing Salary Guide, which surveyed more than 22,000 nursing professionals.

The guide says that registered nursing salaries rise the most – 20% to 25% – between years 6 and 15 working in the field. But after year 15, the rate of salary increase slows.

“Nurses get into a groove,” says June Thompson, a 40-plus year RN and Elite nursing continuing education instructor. “But you can’t go to the same bedside day after day and think they’ll pay you more. You have to be an entrepreneur and diversify. And you must trust yourself that you can think outside the box.”

Thompson’s advice is born from experience. After earning her bachelor’s in nursing degree in 1968, she went on to earn a master’s degree in nursing in 1974, then earned a doctorate in public health in 1993.

“Each time I jumped through those hoops, I found more opportunities and could make more money,” says Thompson who at the height of her career earned in excess of six figures.

“I prepared myself my whole career with education, diversified experience, and being willing to step outside my comfort zone.”

Ok. You probably chose nursing to help and heal, not make a boatload of money. Still, you have a mortgage to pay and kids to put through college. And even though money wasn’t the prime reason you chose nursing, it sure does help.

Here’s how to power up your earning potential at that 15-year mark.

1. Get a nursing certification

Professional nursing specialization and certifications are, essentially, stamps of approval for the skills and knowledge you’ve amassed through your career. Certifying bodies set proficiency standards and then administer written and skills exams that ensure a nurse knows their stuff.

The survey shows that within the most popular nursing specialties, a professional with a certification earns on average 23% more than a non-certified nurse.

The biggest salary variance, however, is seen in the less popular specialties. A school nurse with a certification, for instance, earns 42% more than a colleague without; a certified dermatology nurse earns 52% more.

At some hospitals, those certifications could boost a salary by $6,000, Solheim says. “Earning certifications is a great way to increase your earning potential and demonstrates a commitment to your profession.” 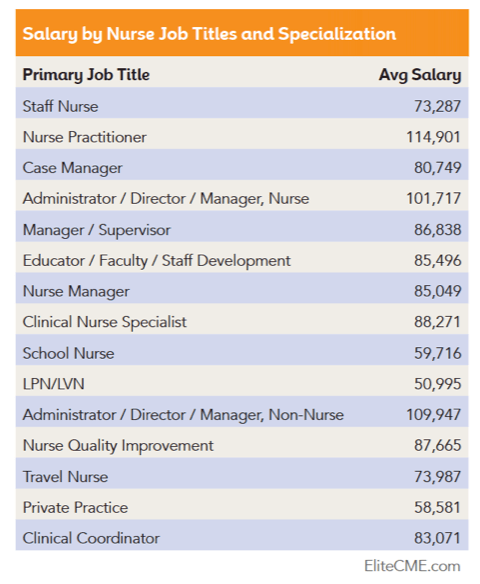 2. Go back to nursing school

The more you learn, the more you earn. OK, we didn’t make that up; but it’s so true when it comes to nursing salaries.

“If you don’t have a bachelor’s degree, get one,” Thompson says. “If you want to do more, get your master’s degree. That’s what I did.”

Thompson’s bachelor’s degree prepared her to work bedside in an emergency department. When she earned her master’s, she became qualified to teach and write about nursing and specifically emergency nursing. However, her career really took off after she earned her doctorate in Public Health as an injury epidemiologist. Soon after, she was working for the New Mexico State Department of Health and serving on national injury panels.

“Once I got my doctorate, my whole career path blew wide open,” Thompson says. “With each degree, you have more opportunity.”

The survey agrees. The average salary for respondents with a:

3. Move to another state

Go West, young nurse, to make the most money, the survey says. Of the five highest-paying states, four – California, Nevada, Arizona, and Utah – are in the Western region of the U.S. where the average registered nursing salary is $102,605. The Northeast is the runner-up, with nurse’s salaries averaging $94,559. At the bottom of the salary-by-region chart is the Midwest, clocking in at $76,641. 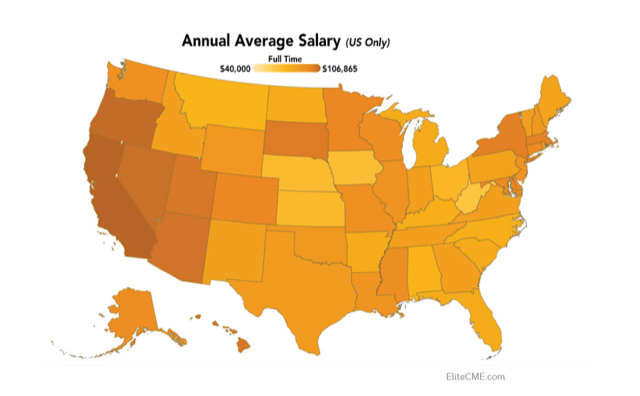 4. Move to another employer

Working in the same place year after year may be comfortable, but it’s not the secret to financial success. Companies typically pay more to lure you than keep you. In fact, Forbes said in 2014 that top employees in all fields could expect a 4.5% raise, while new hires received a 10% to 20% salary boost.

In nursing, strategic moves can jumpstart a salary, says Thompson, who has worked for 10 hospital systems during her career.

“If you’re an emergency department nurse in a small hospital, and across town there’s a bigger department that needs knowledgeable nurses, they’re going to pay more,” she says.

Bottom line: You didn’t go into nurse to make tons of money, but you’re not volunteering your time, either. Initiative and a willingness to shake up your career and life can boost your salary and – Bonus! – your spirits.

Article by Lisa Kaplan Gordon. Lisa is an award-winning writer who’s covered stories for Yahoo, AOL, and many others. She lives in McLean, Virginia.