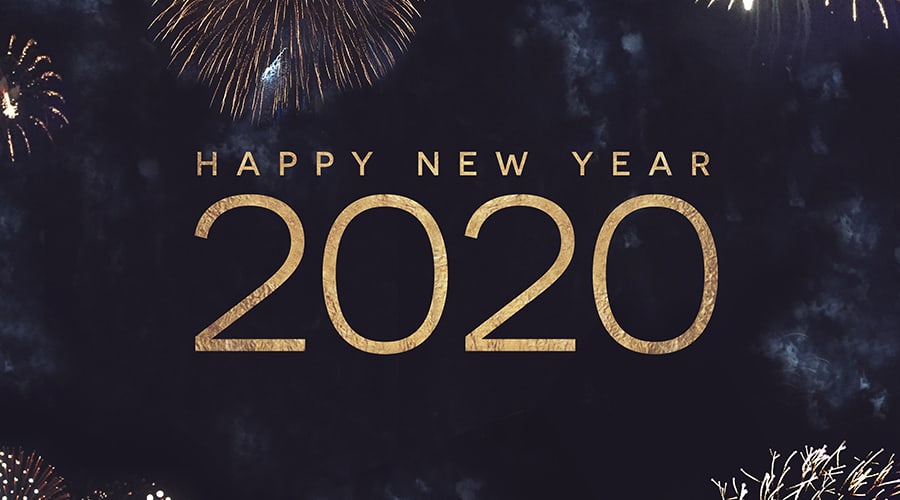 It’s that time of the year. For many people January 1st means setting new goals and resolutions.

In fact, research suggests that approximately half of all Americans make New Year’s resolutions yet only 8% actually achieve them. While that statistic looks grim, that still means that 8% of people who try are successful. So how do you get into that percentage of those who make a goal and stick to it?

As I researched the answer, I found some common trends. Following one or all of these can be the difference between your new habits sticking around to 2021:

This concept is commonly attributed to Peter Drucker’s “Management by Objectives”.

To make sure your goals are clear and reachable, each one should be:

An example of this is setting a goal of weight loss, exercise, and reduced intake of junk food in the new year.

To put this in terms of a SMART goal use the following example.

This leads us right into the second concept.

“If you can measure it, you can change it” is a fundamental principle of psychology and was coined by Peter Drucker. Measurements are a source of motivation as you reflect on where you started and where you are in the moment. They will also help you to identify plateaus or “sticking points” in your progress so you can adjust your efforts.

Realize Success Is Not Linear

Often people are motivated when they see consistent results. However, we need to realize that it is common to plateau in our progress or even regress from time to time. Unfortunately, this is the period that often results in quitting.

T.D. Jakes stated “Success is not linear. Entrepreneurs and successful people understand that everything doesn’t always happen the way you anticipate. You will get defeated, tired, mad, sad, and frustrated in your pursuit of greatness. But if you can keep getting back up after each time you get knocked down you will eventually succeed. Learn to move past obstacles and know that with each one your story will only get better.”

The American Society of Training and Development (ASTD) did a study on accountability and found that you have a 65% chance of completing a goal if you commit to someone. Chances increase to 95% if you have specific check-in times or appointments with a person to report on your progress.

Having someone other than yourself know what you are trying to achieve appears to be a key component of success.

“Monitoring goal progress is a crucial process that comes into play between setting and attaining a goal, ensuring that the goals are translated into action,” said lead author Benjamin Harkin, Ph.D., of the University of Sheffield. The study appears in the journal Psychological Bulletin. “This review suggests that prompting progress monitoring improves behavioral performance and the likelihood of attaining one’s goals.”

Harkin and his colleagues conducted a meta-analysis of 138 studies comprising 19,951 participants that looked at the effectiveness of an intervention or treatment designed to prompt participants to monitor their goal progress. The studies focused primarily on personal health goals such as losing weight, quitting smoking, changing diet or lowering blood pressure. They found that prompting participants to monitor their progress toward a goal increased the likelihood that the participants would achieve that goal. Furthermore, the more frequent the monitoring, the greater the chance of success.

Additionally, the researchers found that prompting participants to monitor changes in behavior had a significant effect on those behaviors but not on the related outcomes (which may be the ultimate goal). In contrast, prompting participants to monitor progress toward actual outcome had a significant effect on the outcome but not the related behavior. For example, prompting people in a weight loss program to regularly watch what they eat may result in a change in diet, but not necessarily achieve the ultimate goal of weight loss, but prompting them to regularly weigh themselves may result in a change in weight, but not necessarily changes in associated behaviors, such as watching what they eat or exercising.

“The implication of this finding is if you want to change your diet, then monitor what you are eating, but if you want to lose weight, then focus on monitoring your weight,” said Harkin.

Additional analysis revealed that monitoring progress had an even greater effect if the information was physically recorded or publicly reported. For example, people who belong to weight loss groups where they regularly weigh themselves in front of other members have a greater chance of achieving their weight loss goals, Harkin said.

“Our findings are of relevance to those interested in changing their behavior and achieving their goals, as well as to those who want to help them, like weight loss programs, money advice agencies or sports coaches,” said Harkin. “Prompting people to monitor their progress can help them to achieve their goals, but some methods of monitoring are better than others. Specifically, we would recommend that people be encouraged to record, report or make public what they find out as they assess their progress.”

Put It On Your Schedule

Create a list of things that need to be done for you to achieve your goal and put the list on your calendar or build it into your daily schedule.

People often try to “make time” for things. This usually means it does not happen. In order to make your new goals a success, you need to list the action steps on your calendar and follow through on each one.

To start achieving your goals this year. Follow the above steps and go after what you want. If you fall off track don’t be too tough on yourself. As per Tony Robbins, motivational speaker: “No matter how many mistakes you make or how slow you progress, you are still way ahead of everyone who isn’t trying.”