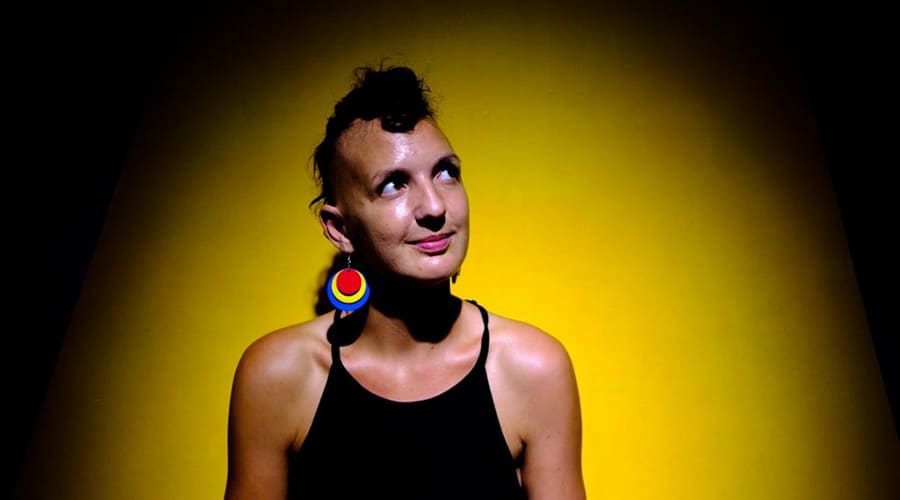 Alopecia is an autoimmune condition whereby the immune system mistakenly attacks healthy hair follicles. The follicles shrink, as a result, slowing down hair production until it ceases altogether.

This interruption in the hair-growth cycle causes a premature transition from the anagen (growth) phase into the telogen (resting) phase, creating a block in the production of hair above surface level for months – or even years – thereafter.

Both men and women can be affected by alopecia, with round or oval bald patches in differing sizes. Sometimes the hair will return independently, without any treatment. In other cases, the patches may spread, with the patient experiencing an extended resting phase. With alopecia areata, the hair follicles remain active; so new hair can return at any time.

This article will include a case study of a young woman with ongoing alopecia – including the factors that triggered hair fall, symptoms she experienced, treatments she tried (topical and lifestyle) and the mental effects of hair loss.

There isn’t one defining cause of alopecia areata. However, researchers have suggested the following factors:

A Case Study of Alopecia Areata

Emma, a 33-year-old Irish woman, first experienced alopecia areata at the age of 11, following the death of her mother (from Lupus). The patch was relatively small and the hair grew back some months later without treatment.

However, when Emma was in her late teens, she noticed that her hair had begun to recede – from the nape of her neck and particularly from her temples. She sought help from a dermatologist, who administered a course of corticosteroid injections. Although initially effective, Emma experienced adverse side effects from these injections including dizziness, headaches and thinning of the skin on the scalp.

In her early twenties, when the patches had spread further, Emma applied the topical treatment 5% minoxidil upon the recommendation of a trichologist. It had no substantial effect on hair growth, but she did experience headaches and changes in mood.

Emma eventually discontinued prescription treatments – she had stopped noticing any difference in growth and the side effects were taking their toll on her health. She began using a shampoo for thinning hair instead at the age of 28 and, after a few weeks, noticed vellus hair in areas that had previously seen no growth for years. After three months, her hair had completely grown back to a length of two inches.

When Emma ceased using this treatment, however, her hair began to fall out again. Not wanting to rely on one shampoo indefinitely, she decided to let things run their course. She has had very little hair in the five years since – but she has come to terms with the condition, setting up a hair loss website to support others in the same situation.

Although Emma saw some improvements after applying these treatments and believed they “cooled down” her scalp when it felt overheated, she did not continue any for long enough to see real results. 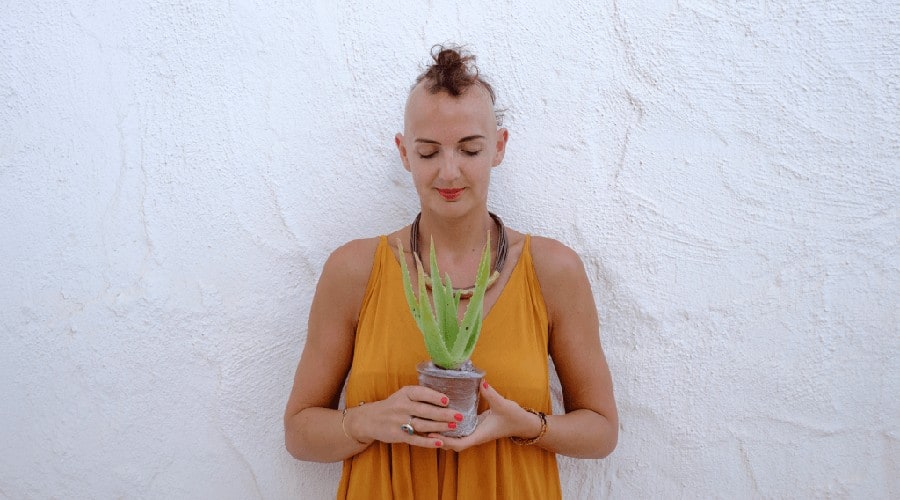 In 2019, Emma visited a functional medicine doctor, primarily to address severe headaches, which she had begun to experience all of a sudden the previous year. The FM doctor diagnosed her with gut dysbiosis and informed her that her headaches, her previous bouts of depression and her alopecia most likely stemmed from this issue. Emma’s test results also indicated a severe deficiency in Vitamin B6, plus some elevated neurotransmitter activity with particularly high levels of kynurenic acid. Emma was advised to undergo a five-day “gut cleanse”, followed by an elimination diet and supplementation plan for at least thirty days. This diet would adhere to the principles set out in the following section regarding nutrition and alopecia.

At the time of writing, Emma was midway through her thirty-day elimination diet. She had already noticed significant improvements in her energy and mood, plus increased shine and volume in her hair (which had previously been dry and prone to snapping).

Nutritional Advice for Patients with Alopecia

Although there isn’t a particular “alopecia diet” in existence, it is worth remarking on some of the recommended foods for immune health – and essentially, ones that are best avoided.

Note: With reference to the case study, Emma was also told to avoid alcohol, dairy and soy products, plus peanuts and corn, as part of her elimination diet – at least until her gut issues had subsided and these “triggers” were no longer an issue.

The Stress of Hair Loss

It is worth remembering that although alopecia areata isn’t a life-threatening condition, it can have serious mental repercussions for both men and women. Low self-esteem and a loss of identity or “sense of self” can develop into anxiety or depression. For many patients, alopecia is a chronic condition that will last for years, or that will come and go at various points during the patient’s life, seemingly without reason. This can be an extremely frustrating experience and, with no “one-fits-all” cure available, a daunting one.

Note: In Emma’s case, she was told by several doctors simply to “not worry” or to “reduce stress”, without any concrete advice as to how. She did not feel like an overly stressed person. She did not have a highly stressful job or mounting responsibilities. What seemed to be causing Emma’s internal stress was her underlying gut issues – and despite her leading an active lifestyle, plus eating quite healthily, this ongoing problem could have been a key factor in her long-term alopecia.

It is therefore advised to give patients clear, practical advice on ways to reduce internal and external stress in their lives.

Alopecia areata is more common than people may realize. It can affect anyone, at any age, although most people will develop it for the first time before the age of 30. In many cases, no treatment is required as the hair will spontaneously regrow by itself; particularly, if the trigger has been a sudden trauma. In other cases, topical prescription treatments or over-the-counter shampoos can be effective.

However, in the case of chronic inflammation, it is worthwhile looking at nutrition and lifestyle factors to alleviate stress and to focus on the patient’s overall health and wellbeing.

Finally, it is important to understand the mental effects of developing alopecia – whether it is for the first or fifth time – and the impact this could have on a patient’s self-confidence, external relationships, career and happiness. Resources and support forums such as the National Alopecia Areata Foundation and Alopecia UK are recommended to help patients cope with the shock of hair loss.

2 National Alopecia Areata Foundation: ‘What you need to know about alopecia areata’, https://www.naaf.org/alopecia-areata

3 Meachen, G.N. and Provis, F. L.: ‘Alopecia Areata et Totalis Cured by Pregnancy, and Relapsing with the Re-establishment of the Menses’, https://www.ncbi.nlm.nih.gov/pmc/articles/PMC2005903/

Emma (aka Lady Alopecia) is a freelance copywriter, part-time yoga teacher and full-time alopecian. She has had alopecia areata on and off for 22 years and uses her hair loss website to inform and empower others going through the condition. Emma currently lives and works in her adopted hometown of Hoi An, Vietnam.