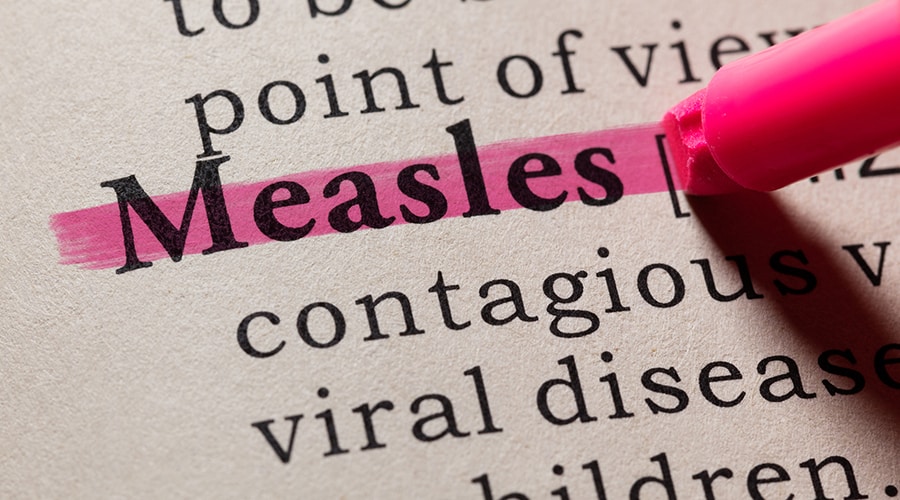 The disease was considered eliminated in the year 2000

Last Wednesday, the Centers for Disease Control (CDC) reported 695 cases of measles from 22 states, marking the greatest number of cases reported in the United States since measles was eliminated from this country in 2000.

“This current outbreak is deeply troubling and I call upon all healthcare providers to assure patients about the efficacy and safety of the measles vaccine, said CDC Director Robert Redfield. “I encourage all Americans to adhere to CDC vaccine guidelines in order to protect themselves, their families, and their communities from measles and other vaccine-preventable diseases. We must work together as a Nation to eliminate this disease once and for all.”

The high number of cases in 2019 is primarily the result of a few large outbreaks – one in Washington State and two large outbreaks in New York that started in late 2018. The longer these outbreaks continue, the greater the chance measles will again get a sustained foothold in the United States.

CDC has been working overtime to protect Americans from the highly contagious disease but urges that vaccination remains the best way to protect against measles. Today, the overwhelming majority of parents choose to protect their children with vaccines, and we’ve seen high and stable immunization rates in the U.S. for several years.

The recent outbreaks started through importation. Measles is imported when an unvaccinated traveler visits a country where there is widespread measles transmission, gets infected with measles, and returns to the United States and exposes people in a community who are not vaccinated. The World Health Organization reported this month that there has been a 300 percent increase in the number of measles cases worldwide compared with the first three months of 2018.

CDC also encourages local leaders to provide accurate, scientific-based information to counter misinformation. The agency will release the next round of new numbers of measles cases on this week as part of efforts during National Infant Immunization Week (NIIW) to emphasize the life-saving benefits of childhood immunization.