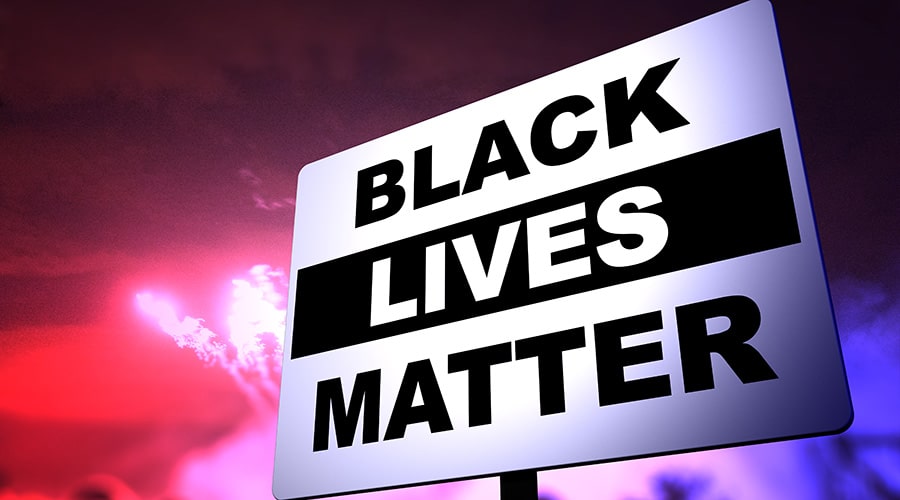 Since the dual-edged sword of a “pandemic upon a pandemic” with coronavirus plus the brutal killing of George Floyd, nurses and healthcare workers across the country have been riveted by an evolving American landscape that has swelled with outcry and emotion as people clamor for change. Hundreds of thousands of people of all ethnicities have taken to the streets in growing numbers, in the United States and around the world, from the UK to New Zealand, chanting and singing, as masses of humans gather to mourn lives lost and beg for “Black Lives to Matter”.

Many believe this time is different. This appears to be the period for consequential change, as protests grow larger nearly two full weeks after George Floyd’s brutal death. As a nation prepares to lay George Floyd to rest in Houston on Tuesday, June 9th, the nation continues to peacefully protest and demand that cities defund police departments, calling for societal change and systemic response across the board.

Nurses have jumped in, longing to participate, without realizing there could be consequences.

Yet, is it important to slow down and evaluate all aspects of protesting before you leap? Yes, yes, and yes. First, the United States is still in a pandemic, and although cases have been diminishing in several states, this does not hold true for all urban areas. Large gatherings are to be avoided. Masks or face coverings are indicated for crowds where social distancing cannot be maintained, especially assembly size such as those seen in a protest.

You may wish to skip the crowds altogether by penning a powerfully worded op-ed, but that also includes risk, which will be discussed later. First, consider what the concerns are related to participating safely (and arrest-free) during a protest.

If you decide to participate, let a friend or family member know your whereabouts for the day. Know your legal rights for participation. You should plan to pack lightly and safely. Pack a mask or face covering. If you are allergic to bee stings or insect stings, wear an allergic bracelet, and carry an antihistamine. Apply sunscreen, even if the day is cloudy. Take one water bottle or beverage and a light snack. Using a waterproof marker, place the number of your attorney or a local legal associate on the inside of your forearm (for use if you do get arrested).

During a protest, you have the right to assemble and petition in a public place, and you can record whatever is happening. The audio portion may not be shared depending on state law, but the visual portion is allowed. Police cannot confiscate your phone without a warrant, but generally, it is best to surrender the phone rather than escalate a situation in the heat of the moment. If someone takes a picture of you during a protest, you have consented to the picture simply by being there.

If you are uncomfortable with your employer seeing you on CNN or Fox News at a protest, whoops, there you are! (This is something to consider well before showing up, especially if you signed an employee agreement prohibiting such a display, correct?). If you have questions about what you may have signed, check your employee agreement with human resources (HR).

If the police try to physically restrain you or push you back from an area that is private property or a public business, or you are out after a designated curfew, stay calm and do not resist. Ask if you are free to go after speaking with them. If they answer in the affirmative, leave quietly. Do not return. If they say no, or they try to detain you, keep calm and do not resist. Ask what crime you are suspected of having committed. Do not resist if they are going to arrest you.  Remain calm.

FYI: since the beginning of the George Floyd protests through June 3, approximately 11,000 civilians have been arrested, the majority for being out after curfew, or for engaging in behavior that was inappropriate (i.e. “not peaceful”, such as throwing objects at law enforcement officers).

If you are arrested, you should remain silent, as is your right. Arguing or resisting will not help and may increase the risk that you could be injured. If you are booked into jail, call the number on your forearm immediately for assistance. The police do not have the right to listen to the call. If you call a friend or family member, they will listen in, and your name may be released to the media. If you believe your civil rights have been violated, you can discuss that with your attorney. Section 1983 of Federal Law covers civil rights violations by state police.

The First Amendment right to assemble, speak, and petition is a powerful right. For nurses wishing to protest safely it is best to review individual rights ahead of time, know where and when they will be going to assemble, and stay with a group that respects the law. Heading out during the day with a large group of peaceful protesters and engaging in song and listening to passionate, moving speech is a wonderfully motivating way to practice our First Amendment rights, especially if all participants are home well before curfew. Unfortunately, not all protests have gone smoothly the previous two weeks, but they are improving!

Suppose you have the urge to write a powerfully worded op-ed? The first lesson to remember is that you represent your employer. Whatever your individual views, if you write an inflammatory article that could prove embarrassing to your employer, it might be the last task you perform on their career ladder. Dr. Steve Maron is an example of this action; he was terminated for writing an op-ed about the use of Nurse Practitioners. He wrote a piece entitled “Are NP’s the same as MD” s?” because he strongly believed NP’s should not be utilized as replacement providers for physicians, even though he intensely respected their skills. Unfortunately, the United Community Health Center’s Green Valley clinic believed he violated their “principle of mutual respect” policy and promptly fired him for publishing the piece.

This is an example of what might be done when writing a strongly worded op-ed. First, as caregivers discovered when they appeared on a news sound bite or television during the peak of coronavirus, it is not seen in a hospital’s best interest to make an institution look inefficient, especially during a pandemic. Nurses and physicians who were seen pleading for PPE in the media were often placed on furlough or asked to cease and desist this behavior, even though they strongly believed they were acting in the interests of patient care. They may have believed they were, but they were also violating actions about personal conduct in employee contracts.

It is a tightrope that makes for a tough balancing act during times of national unrest. Before taking matters into your own hands, it might be a good idea to ask a colleague for advice on content before posting an op-ed. Although it might not make as much of a statement, softening a paragraph or two could save your job, and your resume’ long after the protests and societal disquiet has subsided.

Whether you choose to become an active participant in change by protesting or by writing a strongly worded op-ed, neither is worth getting arrested or potentially losing your job, as what happened to Dr. Maron. Being passionate about a societal issue is what drives nurses to be both compassionate and nurturing individuals as well as harbingers of change.

Understanding the process and approach to protesting safely, and the means to articulate effective change is what drives nursing as a profession. We are on the cusp of social change: who else but nursing can demonstrate to the family of George Floyd that Black Lives Matter not only in 2020 but for years to come?!