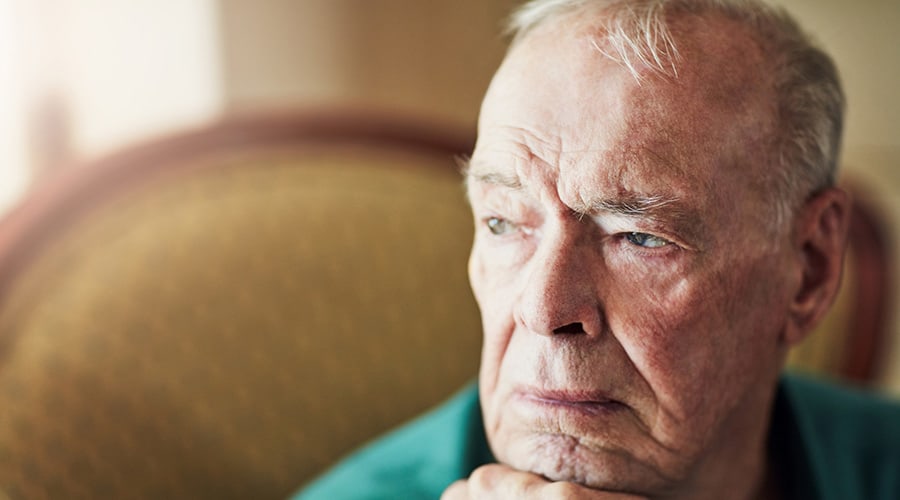 Mary is a 77-year-old lady in a long-term care setting with a long history of depression. She is on Fluoxetine ( Prozac)20 mg a day and it has been 8 months without a dose reduction. She has been stable. The pharmacy consultant suggests a trial reduction according to CMS guidelines. The prescriber knows Mary has a long history of MDD and has received ECT in the past. He is reluctant to reduce it but the behavior team pressures him to cut it down as they want the facility’s medication use to meet suggested guidelines. He does and in one month Mary is now weepy, feels guilty, is sleeping a lot and has a poor appetite. He restarts the medication back at the same dose but she doesn’t respond. He has to taper it up and it takes a dose of Fluoxetine 40 mag now to get her back to baseline. Her dose “reduction” led to a higher dose and a higher side effect risk.

Tom a patient with schizophrenia is exempt from dose reduction requirements but the Nursing Director has the attending MD reduce the medication Olanzapine (Zyprexa) as Corporate reports antipsychotic use is too high in her facility. The MD reduces it, Tom decompensates, gets paranoid and hits a staff member. He is then involuntarily sent to a psychiatric facility where he spends three weeks, loses his bed at the nursing home and will be placed in a facility farther away from his family. Gradual dose reductions are a part of all long-term care settings. The goal initially was to ensure patients were not put on mind-altering medications for “staff convenience, to prevent side effects and lower costs. Many patients do tolerate reductions but for those who don’t the results can be detrimental as shown in the two cases reviewed earlier.

Nursing home regulations can contradict community psychiatry practice. If a patient goes on an antidepressant as an outpatient the patient will generally stay on it for 6 months of stability. If the patient comes off of it and a second depressive episode occurs the patient will go on an antidepressant and stay on it to maintain stability and avoid the kindling effect that multiple depressive episodes can cause-making each time more difficult to treat. In nursing homes, two failed reductions are required before the physician or Nurse practitioner can rule out further reductions.

Patients with dementia with psychotic symptoms as paranoia, delusions, and hallucinations often respond to low doses of antipsychotics. Instead of using these patients are often put on other classes of meds that do not treat these symptoms as Depakote or Trazadone. Any benefit is probably due to sedation. Although there is a black box warning with antipsychotic use in patients with dementia many clinicians report evidence-based practice does not support this and the benefit outweighs the risk. This can be overridden by documenting the benefit outweighs the risk. Because of the requirements for dose reductions patients are seen more frequently. The prescriber must write notes stating why a dose reduction isn’t indicated and when reducing a medication a followup note. While documentation is important theses documentation regulations require a lot of time, and drive up costs to Medicare and Medicaid.

If a person has stable hypertension we don’t do a dose reduction to see if he can remain stable on less medication. We don’t reduce diabetic medications once a patient is stable. The idea that “if it isn’t broke don’t fix it “ doesn’t seem to apply to psychiatry. Because of the extraordinary documentation, regulatory requirements, and the devaluation of psychiatry practice ( behavior meetings where psychiatrists are told to reduce his dosing or that the patients don’t need the medication he or she has prescribed can be demoralizing.) many psychiatric prescribers are not working in long-term care settings. In addition in nursing homes, primary physicians or nurse practitioners will do dose reductions or add psychiatric meds without the psychiatrist’s awareness. Pharmacy consultants who are experts in the regulations but do not know the patients can increase the paperwork of the prescriber and result in destabilization.

Reviewers are often overly jealous of “tag” patients who don’t get a dose reduction. I saw a report recently in a nursing home where a patient who had just arrived in the new facility 2 days earlier was tagged because he wasn’t offered a dose reduction. The prescriber was then given a list of 30 patients by the administrator to write a note on why a GDR is contraindicated as the “corrective action.” Due to this, some primary physicians discontinue all antipsychotics on new admissions-even those coming from psycho-geriatric units- so they will be in compliance with dose reduction monitoring.

Nurses in nursing homes who work on the units with patients are often in conflict with administrators calling for reductions as they must deal with the increased behaviors and symptoms dose reductions can present. Prescribers must meet the needs of administrators to reduce while consulting and working with the nursing staff concerns or those who work with these patients daily.

In summary, Gradual Dose Reduction is required in long-term setting. The plus of these is that they can prevent patients from being on unnecessary medications, reduce serious side effects (as Tardive dyskinesia), get many disciplines aware of the role of medications in treatment, and when successful reduce pharmacy costs. The downside is that GDRs can cause patients to decompensate going through psychic pain and discomfort. The extra paperwork and billing increase the cost of Medicare and Medicaid. Psychiatric prescribers can feel devalued and the paperwork documentation can result in hours that could have better be spent with patients. Evidence-based practice may contradict what surveyors see as deficient.

The question of dose reductions in stable patients with no side effects boils down to risk vs. benefit to the patient. Is it aiding them or in the cases of the patients who fail a reduction of a violation of our oath to “ first, do no harm” primum non nocere)?