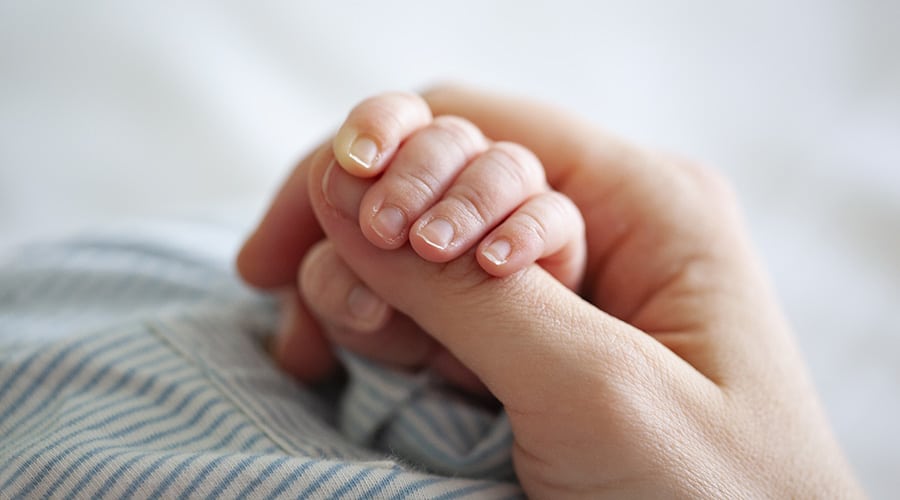 How should futile infant care be handled; with or without parents?

When a baby is born it is an occasion that should be celebratory. Unfortunately, there are events that are less than joyous, such as when a birth is premature, or the infant has birth defects that warrant immediate intervention. Tinslee Lewis was born both prematurely and with a rare heart defect called Ebstein’s anomaly*, among other heartbreaking conditions. Although Tinslee turned one in early February 2020, she has never left the hospital environment. Her life, and the atmosphere around her, has become a battleground for those who feel very strongly about her fate.

*Ebstein’s anomaly is a rare heart defect where the tricuspid valve isn’t formed correctly. As a result, blood leaks backwards through the valve with each heartbeat into the right atrium, causing regurgitant flow. Due to this defect, oxygen needs of the body are affected.

But like infants whose struggles came before her, whether Charlie Gard or Alfie Evans, Tinslee Lewis’ mother has continued to engage in battle to keep her daughter alive. At the age of 20, Trinity Lewis believes her daughter’s destiny is ultimately in God’s hands, despite medical evidence provided to the contrary.

Charlie Gard, who was born with a rare inherited disease (MDDS): infantile onset encephalomyopathy mitochondrial DNA depletion syndrome, died shortly after his first birthday. The court dispute over his care and prognosis gained worldwide attention, including the attention of both the Pope and President Donald Trump. Many weighed in on Charlie’s outlook. Nurses caring for the infant required intense security, as they began to receive death threats by those believing the child should be allowed to die peacefully.

Alfie Evans died in 2018, shortly before his 2nd birthday. He suffered from a neurodegenerative condition that was never really identified by physicians. His parents fought months of legal battles, including appeal after appeal when specialists concluded Alfie’s care was futile. It was a heartrending fight that seemed to bring no closure to either the medical field or to family members.

Tinslee Lewis was born with the cards possibly stacked against her. Her heart condition, along with a chronic lung disorder, and severe hypertension failed to improve after several corrective surgeries. She was born in February 2019, but by July she was placed on ventilatory support and physicians began to believe her condition was terminal. Her mother vehemently disagreed. In September, the physicians sought the assistance of the Hospital Ethics Committee for support, through a dispute resolution called the Texas Advance Directives Act. Tinslee has been requiring deep sedation and paralyzing medication as well as cardiac support to keep her stable. Her body, once premature and tiny, has become bloated and puffy, barely recognizable as the infant born in 2019. As Tinslee required more supportive care from providers, the impasse over her future began to unfold. Soon enough, the courts were involved.

Since November, hospital providers at Cook Children’s Medical Center have sought permission from the courts to remove Tinslee from life support and allow her to die. Trinity Lewis has fought back.

Nurses from the bedside have been asked to provide input.

As of this writing, Tinslee remains ventilated and has not been removed from life support, but alternate facilities have so far refused to accept her for care. As her mother battles on, large “invested” groups have begun to take up her cause, as they did with the earlier cases of Charlie Gard and Alfie Evans. Far from appearing to support Trinity Lewis, the groups appear to have their own agenda, whether conservative political causes or pro-life concerns. The future of Tinslee herself seems of less importance.

Nurses and physicians want to do their utmost to function in an atmosphere of beneficence, where their actions prove efficacious and provide more benefit to the patient than harm. We become uncomfortable providing care that is deemed futile or painful in a setting when the patient has no hope for a future. This is seen as the worst possible type of patient care, an ethical situation we might describe as maleficence.

Tinslee’s mother, on the other hand, was approaching her daughter’s situation from the standpoint of autonomy, or “right to choose”. She needed to believe that as a parent, she would be able to choose her child’s future, even if the decision was not the one popular with healthcare providers. For providers to make decisions that involve the death of a child, one must believe a parent would feel an intense, visceral need to battle back, to avoid feeling powerless at all costs.

Fast forward to January 2020: a Texas judge ruled that Tinslee could be removed from life support. Tinslee was 11 months old at that time. Judge Sandee Bryan Marion sided with Cook Children’s Medical Center, believing Tinslee to be terminal and that further supportive treatment should end. The physicians had testified they believed Tinslee was in pain and further treatment would cause undue suffering. However, while agreeing that life support could be removed, they also agreed to allow Trinity 7 days to file an emergency appeal, which she did.

In February, an appeals court heard the case. By that time, Tinslee was turning one year old. Her mother was able to verbalize hopes that a facility could be found for palliative care, although none has yet been located. She also discussed the idea of a tracheostomy at some point. At the appeals court, physicians verbalized the belief that Tinslee was suffering. They mentioned that nurses were beginning to refuse assignments in caring for Tinslee, which her mother had not heard. Trinity couldn’t comprehend it would be hard for nurses to provide the daily care her daughter needed such as turning, suctioning, and treating her severely high blood pressure.

No one, she stated, had ever mentioned these feelings to her.

Trinity Lewis’ attorney, Joe Nixon, argued the appeal by stating Tinslee’s mother should have full autonomy as a parent. Amy Warr, on the other hand, argued for the physicians at Cook Children’s. The physicians, she stated, firmly believed continued care would cause “care without medical benefit”, the definition of futility. The appeals court did not provide a timeline for when they might offer a decision.

As we look to the future of Tinslee’s case, the only outcome that has been predicted is her death. Clinicians will question how much court time might be spent before then, and how much grief her mother could endure. As providers, when an infant is born with numerous challenges, we need to wonder how we might improve the experience for a young mother, or for parents who only want their child to survive?

What might we learn from reviewing the cases of Alfie Evans, Charlie Gard, and now Tinslee Lewis? Should we form earlier partnerships with palliative care, especially when infants are placed on supportive ventilation?

Parents of terminally ill infants may feel powerless when fighting for a child’s right to live. Providing them with choices earlier (tracheostomy, terminal weaning, hospice placement, in-home care) may give them a sense of ownership and possibly a belief they are part of a team. Why not offer them a chance to gown up and learn suctioning or bedside care? Are we protecting them by hiding our unease and discomfort with futile care, or should we share?

Tinslee’s story has been long and challenging and she won’t be the last baby to gain media attention. Perhaps these journeys will teach us more about care and families and how we approach the futility of medical interventions.