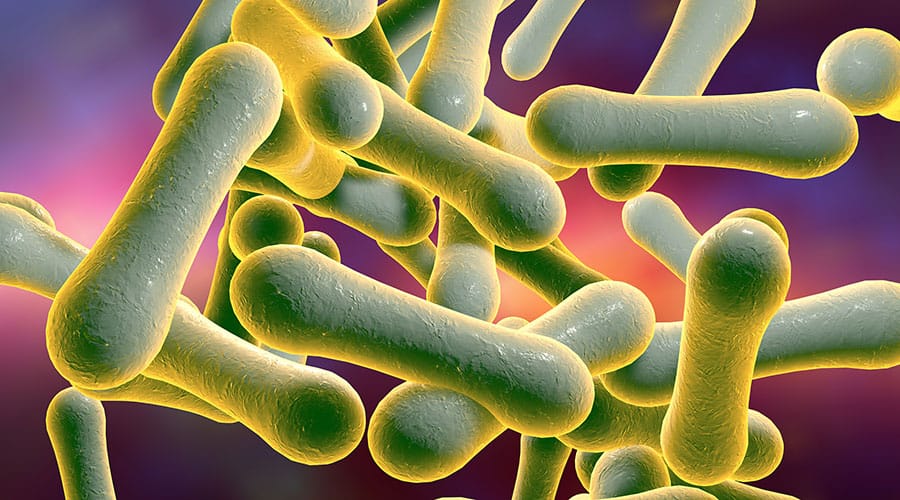 General definition and information: An infection caused by the bacterium Corynebacterium diphtheria, a rod-shaped, gram-positive, non-spore-forming bacterium that can be found worldwide, although is mainly seen in tropical regions and underdeveloped countries. Diphtheria causes a thick covering in the back of the throat and can lead to difficulty breathing, heart failure, paralysis, and death. According to the Centers for Disease Control and Prevention (CDC), the disease continues to cause illnesses globally: in 2016, countries reported about 7,100 cases of diphtheria to the World Health Organization, but there are likely many more cases, according to the CDC. Bacteria that cause diphtheria can attach to the lining of the respiratory system and then produce a toxin that can lead to various symptoms, including weakness, sore throat, fever, and swollen neck glands.

The poison destroys healthy tissues in the respiratory system, which leads to the dead tissue forming a thick, gray coating over 2-3 days that can build up in the throat or nose. Generally referred to as a “pseudomembrane,” the coating can cover tissues in the nose, tonsils, voice box, and throat while leading to breathing and swallowing difficulties. Damage to the heart, nerves, and kidneys can also occur when the poison makes its way into the bloodstream. In the United States, before there was treatment for diphtheria, up to half of the people who acquired the disease died from it, according to the CDC.

Once was a major cause of illness and death among children, diphtheria more recently has not had the same impact as it once had. Starting in the 1920s, diphtheria rates dropped quickly due to the widespread use of vaccines, according to the CDC. However, the disease continues to cause illness globally. In 2016, countries reported about 7,100 cases of diphtheria to the World Health Organization, but many more cases likely go unreported, the CDC claims.

Causes & Modes of Transmission: Transmitted primarily through coughing or sneezing, diphtheria can also be passed through the touching of open lesions or clothes that were touched by the open sores of someone who is sick. Diphtheria can also be passed on to another person if someone comes into contact with an object that has been contaminated by Corynebacterium diphtheria. Diagnosis is typically confirmed by assessing the common signs and symptoms or a swab from the back of the throat that is tested it for the bacteria. Samples from skin lesions can also be tested. The incubation period of diphtheria is generally 2–5 days.

Treatment Strategies: According to the CDC, it is important to begin treatment quickly, and confirmation of laboratory tests is not necessary if the condition is suspected. Once treatment begins, measures include prescribing antibiotics. After the full treatment has been completed, follow-up tests can be conducted to ensure that the bacteria are no longer present. Those who contract diphtheria are typically no longer able to infect others 48 hours after they begin taking antibiotics, according to the CDC. The U.S. Food & Drug Administration has not yet licensed the diphtheria antitoxin (DAT) for use in the United States, however, the CDC is authorized to distribute DAT as an investigational new drug, officials said. DAT is used prophylactically only under exceptional circumstances involving known or suspected exposure to Corynebacterium diphtheriae. Those physicians who are caring for a patient with suspected respiratory diphtheria can obtain DAT by contacting the CDC’s Emergency Operations Center.1 Vaccination is also recommended by the CDC. In the United States, there are four different vaccines: DTaP, Tdap, DT, and Td.2 Each of these vaccines prevents diphtheria. Babies and children younger than 7 years old receive DTaP or DT, while older children and adults receive Tdap and Td. The CDC offers guidelines related to who and who should not receive the vaccine.2

Prevention Parameters: Vaccination is the best way to prevent diphtheria, according to the CDC. Healthcare professionals give DTaP and DT to children younger than seven years old, while older children, teens, and adults get Tdap and Td.

The current childhood immunization schedule for diphtheria includes five doses of DTaP for children younger than seven years old. Adolescents, preteens, teens and adults should adhere to vaccination guidance offered by the CDC.3