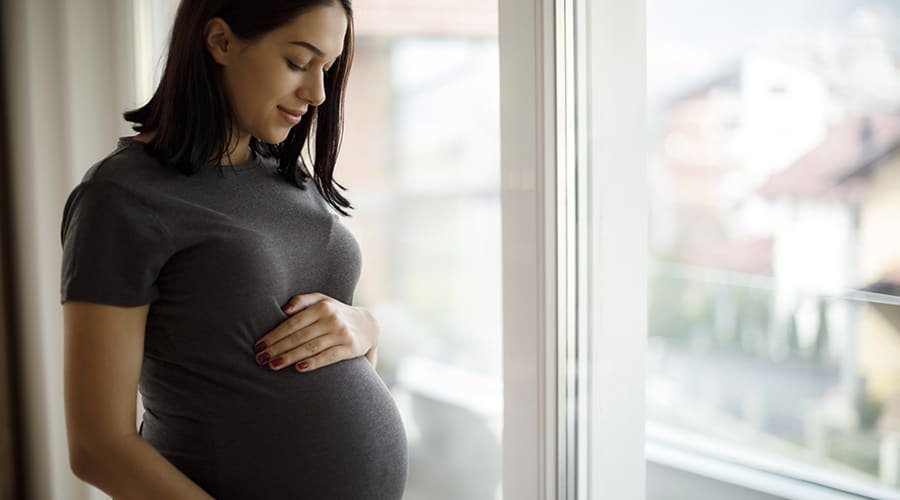 Medication during pregnancy: what you need to know.

Most women will require or elect to take medication during their pregnancy. How can providers effectively help mom and unborn baby to be as safe as possible?

Attempting to explain the full scope of pregnancy’s impact on a woman’s health is seemingly unending. The physical stress on the body. The dietary needs and changes. The hormonal impact and ongoing range of emotions. The list goes on. If there were anything that could rival this list, it would potentially be the list of medication guidelines that to-be moms and their healthcare providers must consider in order to care for the patient as well as the unborn child. Preexisting and pregnancy-induced conditions, in some combination, will have a presence during any pregnancy—bringing with them a host of questions and subsequent decision-making.

According to the Centers for Disease Control and Prevention (CDC), nine in ten women will take medicine during their pregnancy. Common conditions that are likely to initiate the need to take a medication while pregnant include, but are not limited to, allergies, asthma, depression and other mental health disorders, epilepsy and seizure disorders, various acute and long-term infections, chronic pain, systemic infections such as lupus, migraine disorders, and thyroid disorders — all of which would require prescription treatment that are likely to produce a varying scale of potential complications for the fetus. Other, less severe, conditions, such as the common cold, could warrant over-the-counter medication, but that doesn’t necessarily make them any safer for mom and her baby. As a result, important conversations between provider and patient are necessary in order to produce the best chances of pregnancy being a healthy, full-term process.

The key to addressing the questions of if, when, and how much of a drug to take during pregnancy will always be determined by the risk-benefit ratio that will exist for mom and baby, according to Daniel Roshan, MD, FACOG, FACS, director, ROSH Maternal-Fetal Medicine, Manhattan, NY. However, the overarching consideration is essentially two-fold: will taking a certain medication harm the child? Will not taking a certain medication harm mom to the point that she cannot realistically remain healthy and, therefore, prove to be a risk to her baby?

“These decisions must be made by having a discussion with the patient to weigh the benefits with the risks and potential complications,” he said. “If the provider feels that it would be unsafe to stop a medication, then that medication should continue. For instance, someone being treated for depression with medication may be well enough, with appropriate supervision and monitoring, to consider postponing the medication if they are not at risk for suicide or harm to themselves or others.” This instance could be different than, say, for someone who takes a medication in order to prevent seizures and cannot postpone that treatment without significant risk. “However, these patients may have the option to take something that has fewer listed side effects in pregnancy. There are newer drugs today that don’t have certain side effects, such as spina bifida.”
That said, the assessment of weighing a drug’s effects on mom and baby is hardly an exact since. In fact, Roshan notes that there are likely to be available prescription and OTC drugs available to women to treat various conditions at any time ongoing, but that pharmaceutical companies will likely remain hesitant to go as far as to say that much.
“Nobody in the pharmaceutical industry is going to list their products specifically as safe to use during pregnancy.”, Roshan said. “Nobody wants to assume the liability of suggesting to people that they can take a specific drug when pregnant. They will always suggest that patients ‘consult with their doctors before taking the medication.”

The assumption that there are women potentially suffering from conditions while not taking medication that they safely could, and perhaps should be, taking when they are pregnant further emphasizes the need for conversation, Roshan said. “You don’t want the baby to suffer, but you don’t want patients to suffer or become handicapped by their condition either.”, he said. “Some people suffer from headaches, the common cold , or allergies and could take medication, but they don’t take anything at all. And that’s not necessarily a good idea. The pregnant mother needs to be able to function. She needs to be able to work. And in the extreme case where someone has an allergic reaction to something, they would need to take Benadryl or something else. If the mother has asthma and cannot breathe, that’s not good for anyone.”
The risk-benefit conversation invokes multiple points, including the weight of risk to the baby when a drug is taken, the risk to mom when the drug is not taken, and the risk of changing frequency and/or dosage when a drug is actively being taken. In some instances, such as gestational diabetes or hypertension, drug risks could arise due to conditions brought on by the pregnancy itself. “Or, for example, some patients who have had trouble maintaining pregnancies in the past may need to be prescribed something to help them carry their current pregnancy, and there’s going to be risks [to the fetus], but you might take the risks because the benefit could outweigh those risks,” Roshan said. “Some of the associated risks could be as low as two or three percent while there’s a 90-percent risk of losing the pregnancy if you don’t take the medication. Some evidence tells us that certain medications are considered safe up until a certain amount, where the guidance is to not exceed that amount. There’s a lot to consider.”
There’s also a wealth of literature to consult. Roshan suggests providers consult Drugs in Pregnancy & Lactation,1 which is reportedly the leading authority globally on the safe use of drugs in pregnant and lactating women. Expert analysis and evidence-based information on 1,200 commonly prescribed drugs taken during pregnancy and lactation are included in the research.

“But a lot of times it comes down to that provider’s decision and what he or she believes makes the most sense for that particular patient,” Roshan said. “There are times when a particular specialist will be the one to make the decision or recommendation.”

There actually is a short list related to medicine when it comes to a pregnancy, Roshan, said. And that’s the list of medications that are proven to be totally safe for the fetus, with zero risk of complications in utero when mom ingests them. “Prenatal vitamin and thyroid medication are the only medications that are 100 percent safe for women to take during their pregnancy,” said Roshan. “That’s not a long list.”
As of 2015, the U.S. Food and Drug Administration (FDA) began to implement a new means of characterizing drug safety in pregnancy that goes beyond the decades-long risk categories of A, B, C, D, and X, whereas an “X” drug is considered entirely unsafe. The evolving research and evidence that continues to this day on drug safety further emphasizes the need for providers to speak with their patients.

According to Roshan, the first 8 weeks of pregnancy when organogenesis occurs, is the more critical time for any drug’s impact on the fetus. “But further development of things like the brain, skin, and other organs goes beyond that 8-week period, so there may still be some affect of the medications beyond that point,” he said.
This can especially be a crucial factor when a pregnancy is a surprise. There could be instances in which the patient is several weeks into a pregnancy before it is revealed, and thus the conversation about medication will need to happen accordingly. “In some instances, stopping certain medications at that point may not do much good for the mother or make a difference on the fetus,” Roshan said. “Also, “The fetus may be able to be screened. At 11 weeks you can initiate a first-trimester screening. At 16 weeks you can check the back of the baby’s neck on a sonogram. At 21 weeks you can conduct a fetal echocardiography. At that point, there could be less worry about the impact of certain medications throughout the duration of the pregnancy.”
To potentially avoid difficult situations led to by surprise pregnancies, Roshan urges providers to have appropriate conversations about contraception and the menstrual cycle with their patients. “Not everyone is actively trying to become pregnant, and so it should be routine that whenever a provider prescribes a medication, and certainly a medication with a well-defined pregnancy risk, that the patient be asked about their contraception history,” he said. “That is very important, and we should be asking about their menstrual cycles. If their period is late, we really need to know if they are trying to get pregnant or if they are on contraception. We can also ask for a home pregnancy test or conduct blood work.” If patients are trying to get pregnant, Roshan said it’s important to consider the risks of certain medications being prescribed and to talk to the patient accordingly. “Implantation takes up to 2 weeks, so these are always important questions to ask,” he said.

The CDC also advises that providers always discuss medications being taken by the patient, including OTC medicines, herbal, and dietary supplements, and vitamins. All patients should also be encouraged to have personal goals for managing their health.”