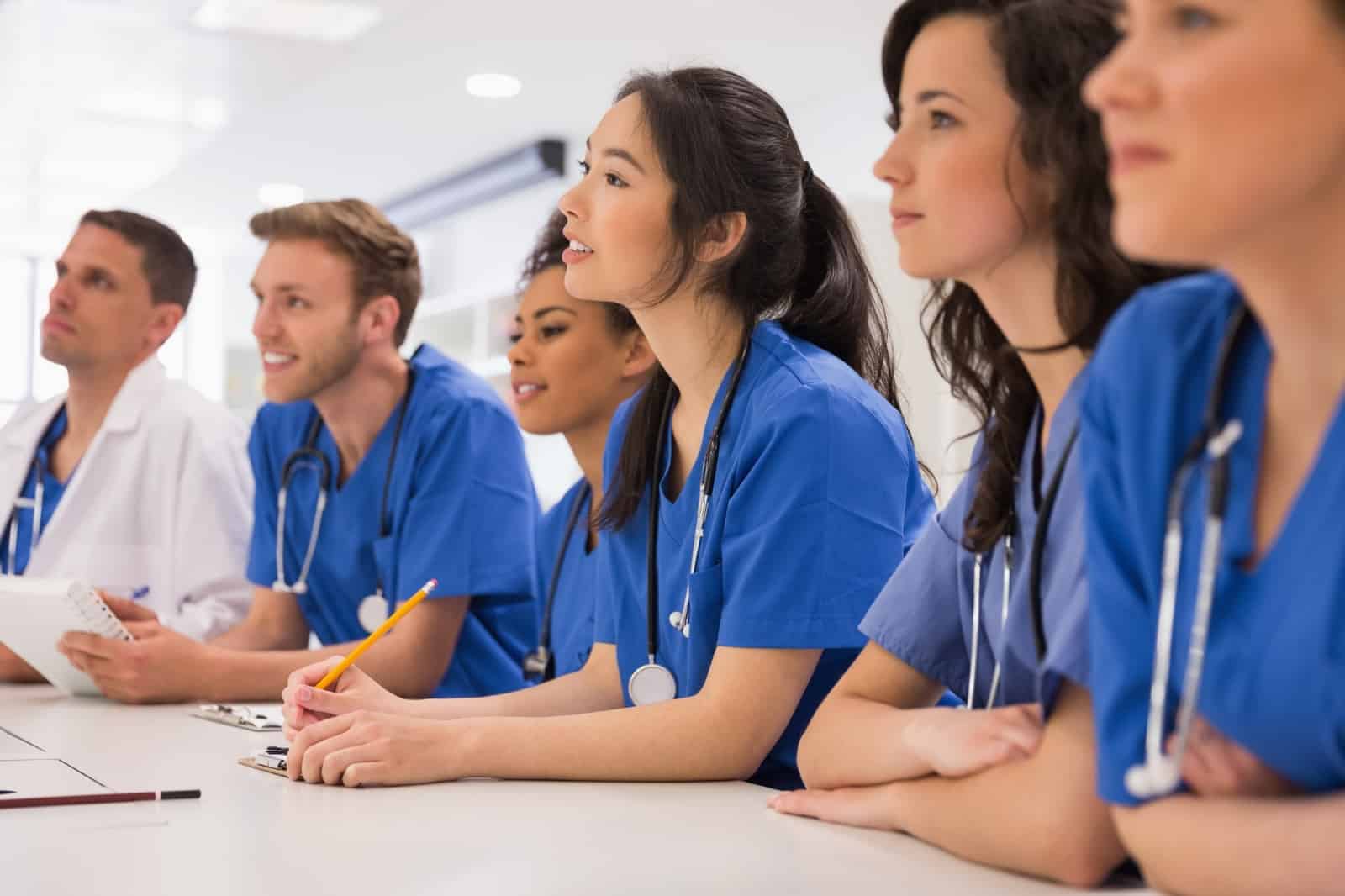 The College of Nursing at Penn State University receives a historical funding gift of more than $27 million from longtime supporters Ross and Carol Nese. Officials with the National Council of State Boards of Nursing (NCSBN) recently hosted the organization’s annual awards ceremony to recognize its excellence award winners from both 2020 and 2021. Read on for more nursing news and insights.

Longtime supporters of the College of Nursing at Penn State University have pledged more than $27 million to enhance education at the university, school officials have announced.

The gift by Ross and Carol Nese is reportedly the largest ever for the nursing school and the second-largest single commitment to an academic unit in Penn State’s history. It will be coupled with $17.9 million in matching funds from Penn State, providing a combination of endowed and outright funding for scholarships, faculty and program support, and facilities and equipment. The gift will be celebrated at a naming ceremony in August and the program will be renamed the Ross and Carol Nese College of Nursing.

“Penn State is deeply grateful to Ross and Carol for their remarkably generous and timely gift,” said Eric J. Barron, Penn State’s president “There is no better way for us to fulfill our land-grant mission of serving the public good than to prepare new nurses to join that critical workforce — and the Neses’ gift will allow the College of Nursing to dramatically increase the number of healthcare professionals who graduate from Penn State each year, prepared to meet the needs of patients and communities.

Ross Nese is a founder and board member of Grane Healthcare, which manages long-term care facilities throughout Pennsylvania.

“The Neses’ gift will be profoundly transformational for the college,” said Laurie Badzek, dean of the College of Nursing. “I know they share our deep concern about the nursing shortage that has been developing in our country for some time and recognize the significant and growing role that nurses with excellent preparation play in the delivery of outstanding health care.

“Bolstered by their visionary philanthropy, Penn State can really make a difference for the field of nursing — not only because of the number of nurses we graduate, but also because they will be graduating from one of the nation’s finest nursing programs, where the mission is to create nurse leaders.”

The gift will spur growth and enhance programming across nearly every aspect of the college’s operations, university officials said. The main elements of the commitment include:

What’s in a degree? Explore the requirements in the course A Baccalaureate Degree in Nursing Science: The Minimum Entry Level for Nursing Practice.

Officials with the National Council of State Boards of Nursing (NCSBN) recently hosted the organization’s annual awards ceremony to recognize its excellence award winners from both 2020 and 2021.

Kim Glazier, MEd, RN, executive director of the Oklahoma Board of Nursing, was chosen for the 2021 honoree for the R. Louise McManus Award. Individuals receiving this award have made sustained and significant contributions through the highest commitment and dedication to the mission and vision of the NCSBN.

Additionally, the North Carolina Board of Nursing was awarded the Regulatory Achievement Award that recognizes the member board or associate member that has made an identifiable, significant contribution to the mission and vision of NCSBN in promoting public policy related to the safe and effective practice of nursing in the interest of public welfare.

More information on the award winners can be found online.

Views expressed here are those of the author and do not necessarily represent the views of Elite Learning or Colibri Group. Media referenced in this news round-up does not constitute an endorsement.