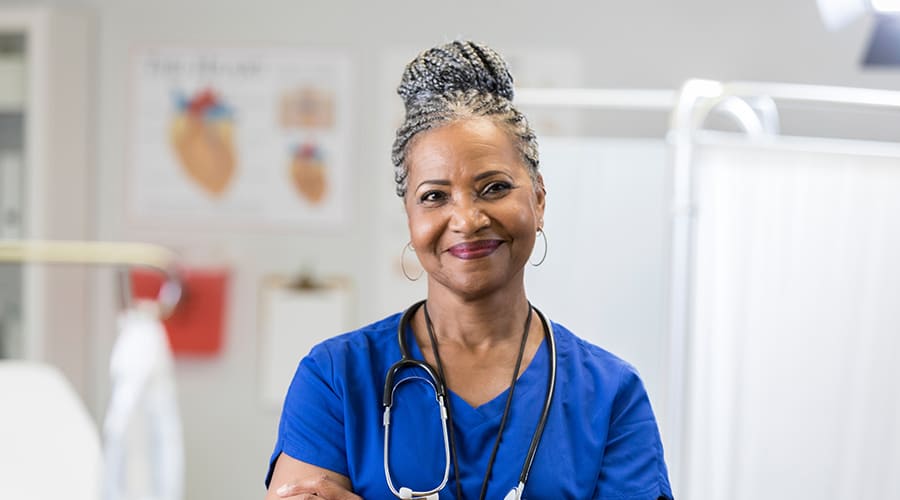 A personal accounting of why being a nurse is who I am and not just what I do for a living.

Ever since I watched the television series Passport to Europe by Samantha Brown, I have been obsessed with going there and visiting all those interesting places. Finally, this summer, after several years of planning and saving, my dream vacation came to fruition. I was so excited to actually experience for myself the awe-inspiring cathedrals, historical landmarks, intricate architectural buildings, mouth-watering cuisine and wine, among many other breathtaking experiences Europe has to offer. Most of all, I was looking forward to three weeks of relaxation and fun, far away from my daily responsibilities of taking care of the sick at work and doing chores at home. As I found out, just like being a mother, you never really stop being a nurse. I had not one or two, but three circumstances that proved that being a nurse is who I am and not just what I do for a living.

The first incident happened in London, England. My husband, our two boys, and I were in the lobby of our hotel waiting for our friend to pick us up when my husband noticed a woman standing close by began to lose consciousness. Two of her friends standing next to her guided her to lie down at a nearby couch. My husband immediately brought it to my attention, as I did not witness the situation. I straight away went to check on the lady, whom I will call Lady A, and found her unconscious. I felt for a pulse and noticed it was quite fast. Her respirations were within normal limits, and her skin felt cold and clammy. I began to arouse her and ask if she was okay. She started to regain consciousness and flutter her eyes open but could not yet speak. Her friends stated that this has happened before, and that she has an anxiety disorder. I then asked Lady A, who was becoming more alert, if she was a diabetic or hypertensive, to which she replied “No”. She also denied having a history of seizures. She also informed me that she had been seeing a doctor for this condition. Lady A refused to go the hospital and verbalized that she was feeling better. I helped her sit up and advised her to see her doctor as soon as possible, to which she agreed. Feeling confident that she was stable, I wished her well and went ahead to meet my family and friend who were waiting for me outside.

The second incident happened when we were at a stopover in Bern, Switzerland. A friend and I were sitting on a bench near some stairs eating our sandwiches, when an Asian tour group passed by. One of their members, a woman whom I will call Miss C, tripped on the last stair step and fell right in front of us. I instantly put my food down and rushed to her aid. I inquired if she spoke English and was so relieved when she replied that she did. I asked her if she was okay, and she tearfully replied “No”. Miss C, who was sitting on the ground, was obviously in distress and in pain. She was clutching her left ankle, and when I inquired if she could move her left foot, she answered with another mournful “No”. My friend and I then proceeded to help her stand up, after I instructed her not to bear weight on her injured foot, and guided her to sit on the bench. I elevated her left leg on the bench while Miss C’s friend went to get their tour leader. I encouraged her to have her foot checked by a doctor for sprain or fracture, to put ice packs for fifteen to twenty minutes to help decrease pain and swelling, and not to put weight on her left foot until cleared by the doctor. Her friend came back with the tour group leader and it was then that I was informed that our group was ready to leave, so I wished Miss C the best of luck before we left. I really felt bad for her, because as a tourist myself, I know how devastating it would be to have such an injury during a vacation where a lot of walking might be anticipated.

The third and last incident was a more serious case. We were in Venice, Italy and we were waiting in line for our turn to take a gondola ride around nine o’clock one evening. All of a sudden, a gondolier came running past us, shoving my husband to the side of the crowded street and almost toppled him to the ground. The gondolier then rushed our way again, saying there was an emergency, speaking something in Italian to one of his colleagues. I did not see what was happening until our tour director came to me and hesitantly asked if I could come and help. I immediately replied, “Of course,” and he led me to a dazed-looking heavy-set man lying on the ground with a bloody nose. The very first thing I asked was if he spoke English, and once again I was relieved when he did. I asked him his name and he was able to respond appropriately. The man, Mr. B, told me he was from Chicago, Illinois. He denied any chest pain when I questioned him, but he couldn’t fully recall what had happened. He was with his wife and three teenage daughters, all of whom looked very afraid and concerned. Mrs. B relayed to me that while walking to the gondola station, Mr. B voiced out that he was feeling light-headed. He was reaching for the guardrail when he lost consciousness, fell backwards, and hit the back of his head on the concrete road. I asked Mrs. B for his medical history, and she denied that he was hypertensive or diabetic, and was not on any prescription home medications; however, he did have a seizure once in college. I checked Mr. B’s radial pulse and it was slightly elevated, but with a regular rhythm. His respirations were normal, but I noted his skin was cold and clammy. I checked his pupils and they were brisk and reactive and were around two millimetres equally. I assisted him to sit up against the balusters and advised him to uncross his legs. Mr. B was alert and oriented to his name, place, time, and situation, but still looked stunned and flustered. I assured him and his family that everything was going to be okay, but that he needed to go to the hospital and have his head scanned for safety. I stayed with him and his family until the ambulance arrived, which in Venice happens to be a wheelchair (to easily navigate the narrow streets and alleys) and a yellow water taxi (for faster transport). His family thanked me profusely and I wished them the best of God’s blessings as I headed back to my family and tour group.

As I was enjoying our gondola ride, I couldn’t help but think of Mr. B and his family and how they were not able to enjoy their vacation as they intended because of the accident. I was also grateful to be of help to them by offering emotional support and providing professional medical presence and advice in the unlikeliest of places. That is when I realized, under the bright Venetian full moon, that caring for others has become second nature and that wherever in the world I may be, being a nurse is part of who I am. As the saying goes, “Once a nurse, always a nurse,” and no truer words have been spoken than these.