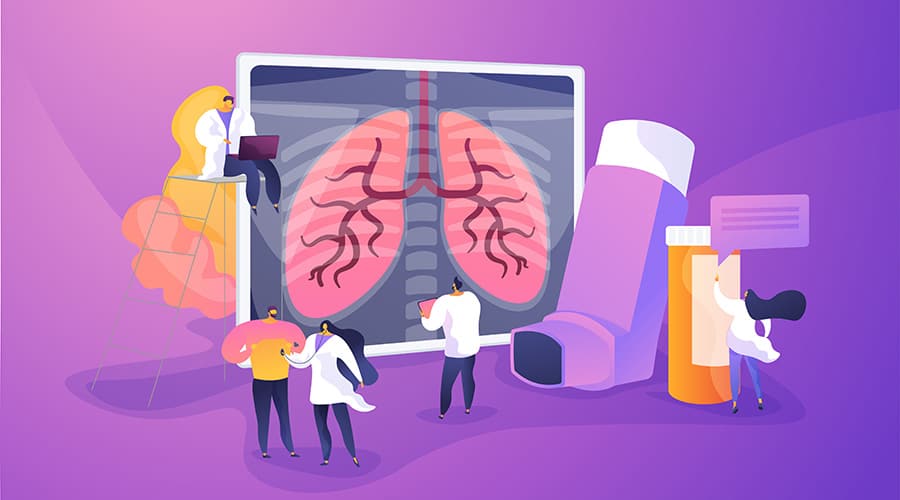 Compares results to those with both COPD and asthma

Investigators recently reviewed data of individuals prescribed inhaled corticosteroids (ICS) for chronic obstructive pulmonary disease (COPD) to compare characteristics of patients who have COPD alone with those who have COPD and concomitant asthma.

Patients with COPD and asthma are more likely to be younger, have more preserved lung function, and be diagnosed with depression compared with those who have COPD alone, according to the study, published in the International Journal of Chronic Obstructive Pulmonary Disease.

Records showed 2289 patients with COPD currently on ICS therapy who were eligible for analysis, of which 540 had concomitant asthma. The total cohort skewed slightly female (55%) and had a mean age of 71.

“Reduced benefit from corticosteroids and increased inflammation in the airways has previously been suggested as a side effect of being a current smoker in patients with chronic airway diseases such as COPD and asthma,” researchers said.