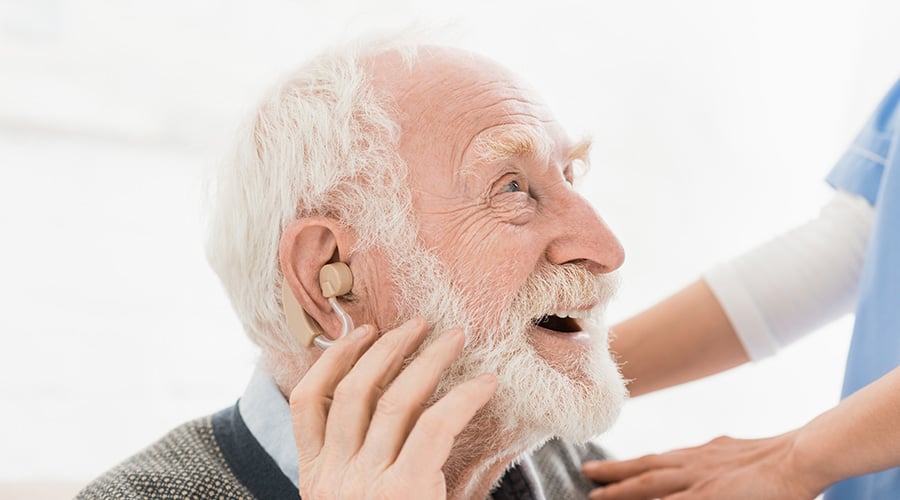 A study led by University of Manchester researchers has revealed that around 20% of people who have been issued with hearing aids do not use them.

The analysis originates from National Survey for Wales data—the largest sample on hearing aid use in the UK—and is published in the International Journal of Audiology today.

The study showed that approximately 20% of adults currently do not use their hearing aids at all, 30% use them some of the time and the remaining 50% most of the time.

However, the proportion of people who never use their hearing aids has been gradually reducing during the 15 years that the survey has been taking place.

There has also been an increase in the proportion who report using their hearing aids most of the time.

Professor Kevin Munro from The University of Manchester, a co-author of the study, is NIHR Manchester Biomedical Research Centre (BRC), Hearing Health Theme Lead. He argues the results highlight an urgent need to tackle non-use and under-use.

“Hearing loss is the most common sensory problem in the world, experienced by one in six people in the UK,” he said. “It has a well-known association with cognitive decline and dementia, and as hearing aids are the primary treatment, can have huge benefits to wearers

“The NHS is the largest purchaser of hearing aids in the world so knowing that they are valued by many is great, but there is substantial room for improvement.”

Munro noted further that the study was carried out in Wales, “but as it’s such a comprehensive and reliable data set there’s no reason to believe the situation is much different in the rest of the UK.”

Previous data on hearing aid use, obtained from different countries, has been of varying quality with estimates of hearing aid non-use varying between 1% and 57% of those fitted.

The annually recurring hearing aid data from 10,000 to 16,000 people—who completed the National Survey of Wales—is carried out face-to-face by independent researchers—providing an unrivaled data set.

Since 2004, it has contained questions on self-perceived hearing difficulty, adoption and use of hearing aids, and the occurrence of difficulty with hearing while wearing hearing aids.

But getting used to a hearing aid when you are relatively young, he says, will make it easier to use when you are frailer and older as it becomes second nature.