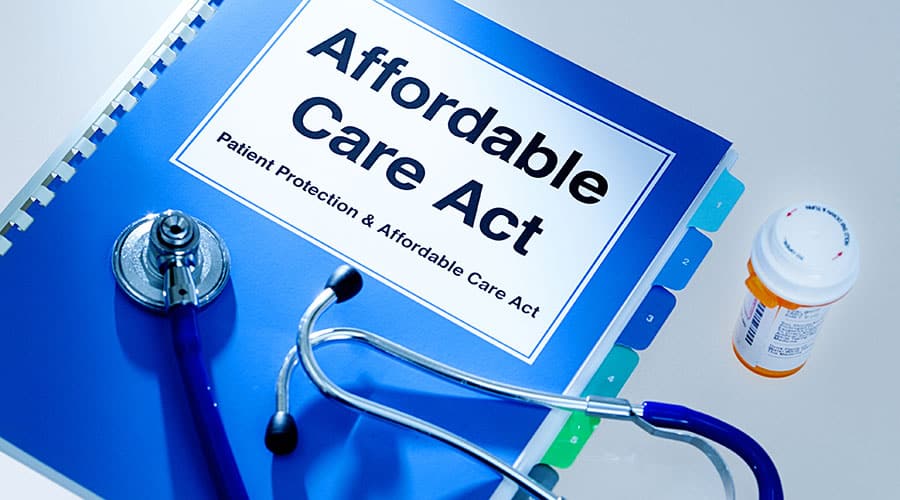 Issues, Successes, and the Future

The landmark legislation of the Affordable Care Act provided a first step toward much needed healthcare reform in the US, but it is currently under scrutiny and in danger of severe cutbacks on its effectiveness or even outright repeal. The need for some type of reform is not in doubt; the American system of delivery of health care services is broken and in need of serious repair. But, is what specifically brought about the passage of the Act, and what have been its intended and unintended consequences since 2010? And, looking forward, what is the future for this Act and for health care reform on the whole in the US?

In the words of former President Barack Obama himself, the US health care system was falling “far short of its potential”, including aspects such as delivering poor quality of care, failing to keep patients safe, focusing on care of the sick rather than illness prevention, and delivering poorly coordinated care. (2016) It was the botched nature of the system in place that spurred the President and the Congress in 2010 to pass the Affordable Care Act (ACA), a landmark piece of legislation that intended to heal many of the ills that affected the healthcare system in this country. (Skinner and Chandra, 2016) The ACA as a mandate for the country was intended to solve the problems noted above; in short, the act aimed to change the fact that 1 in 7 Americans was without health insurance coverage in 2008 (Obama, 2016) and by the time the implementation of the ACA was coming to fruition in 2012, that percentage had grown to an estimated 16% of the population. (Furrow, Greaney, Johnson, Jost, and Schwartz, 2015) However, in order to achieve these expectations, in practice, the law’s primary goal was to expand the number of people in the US with viable access to health insurance. (Skinner and Chandra, 2016) It did very little to address other aspects, specifically dealing with high costs and waste in the system. The failures in providing adequate care would be solved, in essence, by this provision ensuring access to health care alone. Since its passage and subsequent implementation into practice, the ACA has succeeded in significantly lowering the number of citizens without health insurance, but this progress incurred an unintended consequence: increasing the already enormously out-or-proportion overall healthcare spending for the US. (Branning and Vater, 2016)

A central issue as to the need for the ACA in the first place is the expensive nature of health insurance in the US. As mentioned above, this issue was unintentionally worsened by the passage of the ACA. (Skinner and Chandra, 2016) When compared to other countries, the US spent $3.2 trillion on health care costs in 2015, which translates into over 17% of the overall national GDP (Branning and Vater, 2016). This figure is significantly higher than many of the other 10 highest-income countries. (Papanicolas, Woskie, and Jha, 2018) Sources argue that the ACA is not the sole force behind the ever-increasing health care costs in America, however, it is not debated that it plays a large role in the skyrocketing healthcare spending in this country in the past 8 years. (Branning and Vater, 2016)

There are many reasons as to why there are exorbitant health insurance and care costs in this country. Arguably, all of those involved in health care share the common driving goal of improving healthcare outcomes and caring for patients. But, whether it is insurance companies, the pharmaceutical industry, health care systems or individual providers, it is the omnipresent parallel objective to earn a profit that drives up costs associated with taking care of patients. (Branning and Vater, 2016) These competing incentives lead to lack of self-regulation needed to keep costs low for the sake of the patient and the system alone. The same drug taken or test performed can cost vastly different amounts depending on where that service is provided. (Reid, 2010) Salaries of health care providers are higher in the US also, due in part to the high cost in time and dollars of training to become a health care provider here. (Thompson, 2013) And recent data points to overall similar usage of provider and hospital utilization in the US and other countries, however, the cost of the services rendered and medications/technologists used at these encounters are disproportionately higher in the US. (Papanicolas, et al, 2018)

Additionally, most sources agree that the biggest source of soaring health care costs in the US relate administrative overhead and the prices of goods and labor. (Papanicolas, et al, 2018) The absurdly complex system of billing and reimbursement in the US system is a huge source of unnecessary costs and reducing this burden of “middle men” who deal with compensation for services rendered would lead to huge cost savings. (Thompson, 2013) The top-heavy, salary-rich management levels of administration in health care organizations and in industry companies also lead to huge inflation of the actual costs of goods and services, further contributing to the problem. (Reid, 2010) The way in which we pay such higher prices for medical services (hospitals, visits, drugs, etc) and the complex way in which we process payments to providers in health care settings is a major source of higher costs in the US healthcare system. (Sanger-katz, 2018) With relation to the ACA in particular, the achievement of enrolling an estimated 20 million additional participants in the health care system in this country is a victory without a doubt. However, those additional patients used more physician and hospital services, filled more prescriptions written by their new providers, and received more preventative care than they did before having insurance, and this has substantially added to the soaring costs of health care in the US in the past 8 years. (Skinner and Chandra, 2016)

So, the question at hand in the forefront of everyone’s mind with respect to the ACA is whether it will be fixed and live on or if it will be scrapped and something else tried. According to many, including the former president himself, the ideal plan would be to build upon the successes of the ACA and work through its limitations and inadequacies. (Obama, 2016) Despite the fact that it has not achieved its goal of making health care truly affordable and accessible for all, it is “far more moderate, innovative—and difficult to replace—than its critics claim”. (Skinner and Chandra, 2016) Some believe that more government-funded and -controlled health care is not the answer, and they are looking for more realistic option for our capitalistic society. (Branning and Vater, 2016) There is an effort to eliminate the ACA and provide more uninhibited consumer choices for insurance options with “competition for business among providers, pharmacies, pharmaceutical manufacturers, and payer and with taxpayer-funded and charitable financial support for those in need”. In the end, the ACA as it stands today is not the solution to the health care crisis in the US that it was hoped to be; but it is the first step on the long journey to revitalizing the US healthcare industry.

Sanger-katz, M. (2018, March 13). Why Is U.S. Health Care So Expensive? Some of the Reasons You’ve Heard Turn Out to Be Myths. Retrieved from https://www.nytimes.com/2018/03/13/upshot/united-states-health-care-resembles-rest-of-world.html.

A native of Washington, DC, she received her undergraduate degree in Clinical Psychology from Western Maryland College in 1995, with Summa Cum Laude honors and was awarded a Phi Beta Kappa Key. She then attended George Washington University for her PA training, matriculating in 1998. After that, graduated with honors with a Master’s of Science in Health Sciences, and a Certificate of Physician Assistant Studies in 2000. She is finishing her doctoral degree at the University of Lynchburg, completing the DMSc program in 2019. She began working clinically as a Physician Assistant, practicing Emergency Medicine for the University of Maryland Medical System in Baltimore. Heather moved to Atlanta, GA, Mercer University in 2011 to teach full time in the Department of Physician Assistant Studies in the College of Health Professions. She continued to work in both urgent care and emergency medicine, and in 2015, returned full time, to work for Tenet Healthcare and Northside Hospital, in Atlanta, GA, and continues to teach at both Mercer University and Philadelphia College of Osteopathic Medicine. Heather was awarded the Distinguished Fellow Award in 2013 by the American Association of Physician Assistants. She has presented at both local and national conferences, holds a patent with the US Patent Office, and has published articles in nationally peer reviewed journals, including Health Care Providers and the Americans with Disabilities Act in the Journal of the American Association of Physician Assistants in January of 2014. In her free time, Heather enjoys outdoor activities including hiking and running, cooking, and spending time with her husband, Thomas, friends and her two boxers, Millie and Avery.