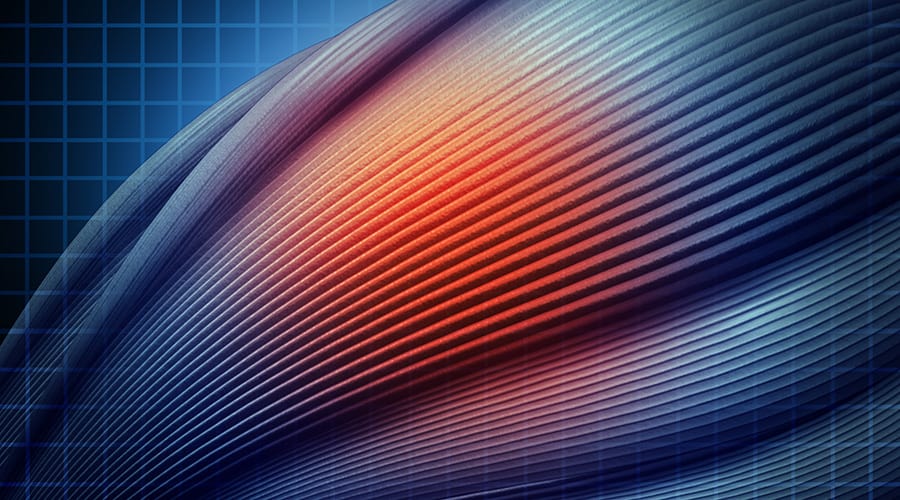 Muscle Spindles are a complex and integral part of our bodily functions; let’s examine them.

Thomas Hanna (1995) in his essay, “What is Somatics” writes, “The sensory motor system functions as a ‘closed-loop feedback system’ within the soma. We cannot sense without acting and we cannot act without sensing” (p. 345). In this next series I would like to explore the details of this phenomenon by getting very granular with the requisite anatomy. In this article I will examine the relationship between muscle spindles and their anulospiral receptors. The majority of the information in this article comes from the book, “Job’s Body: A Handbook for Bodywork” by Deane Juhan.

Intrafusal muscle fibers are also striated like skeletal muscles except in the fattest portion of the spindle. Intrafusal muscle fibers thus can also lengthen and shorten in the striated areas, but is passively stretched and slackened in its central region by the contraction and release of the striated muscle. The central portion of the spindle is wrapped with a long sensory receptor called the anulospiral receptor. Because the anulospiral receptor spirals around the central portion of each intrafusal fiber it can precisely register the degree of lengthening and shortening of the central portion of the fiber. The anulospiral receptor can be stretched or compressed either by the shortening or lengthening of the intrafusal fiber itself, or by the shortening and lengthening of the larger skeletal muscles (Juhan, 2003, p. 193).

“The muscle spindles are the locations where the two halves of the nervous system, the sensory and the motor, have their closest physiological association, where movement and sensation are joined directly together in a firm embrace, where no intervening barriers exist and no intermediary messengers are necessary. (pp. 193-194)

The anulospiral receptor feels exactly what length the muscle was before it lengthened or shortened. It feels how far and how fast the change occurs, and the exact length when it stops.  Juhan writes, “Spindles are motor units that can feel themselves, a combination that is unique to them” (p. 194).

The sensory axon that ends in the anulospiral receptor on the muscle spindal originates from its cell body in the spinal cord. The cell body in the spinal cord synapses with its sensory tract in the cord to send information up to the brain. However, the cell body also sends another sensory axon to synapses with the body of the motor neuron that stimulated the skeletal muscle to contract in the first place (Juhan, 2003, p. 194).

Thus, activity in specific muscle cells creates a local sensory impulse which directly effects the subsequent activity of the same muscle cells. This “sensory-to-motor” synapse in the spinal cord forms a reflex arc that keeps our muscles constantly informed as to what they are up to and because of this, the reflex arc allows quick and efficient modifications when needed. And since this neural activity is taking place in the spinal column, it is below conscious awareness (p. 194).

A common illustration of the spindle reflex arc is the stretch reflex most of us have experienced in our doctor’s office. The common tendon of the quadriceps in tapped with a rubber mallet just below the knee-cap. This tap has the effect of a sharp tug on the muscle fibers in the thigh. This rapid change in length is registered by the anulospiral receptors. They in turn stimulate the spinal cord motor neurons which excite the muscles in the thigh to briefly fire. Thus, our foot jerks forward. The automatic contraction is the result of the muscle spindle’s attempt to keep the thigh muscles at a constant length, despite external circumstances, which comes in handy when we need that constancy to maintain erect posture, no matter what the external conditions are. Juhan (2003) writes, “My spindles and their reflex arcs are tiny neural units that monitor and influence motor events that are so continuous and so numerous that they would totally overwhelm my conscious mind” (p. 195).

Although the intrafusal fibers are innervated by motor neurons they are completely different from the motor neurons that innervate large skeletal muscle. The skeletal motor neurons are larger in diameter and travel in their own vertical tracts through the length of the spinal cord up to the motor cortex of the brain and are called alpha motor neurons. The motor neurons for the intrafusal fibers are smaller in diameter and have their own pathways up the spinal cord. These delicate muscle fibers end not in the cortex, but in ganglia (collections of cell bodies) in the brain stem. They are called gamma motor neurons. As Juhan points out, “We have, then, two separate motor systems within us” (Juhan, 2003, p. 197). The alpha system originates in the cortex and operates the skeletal muscles, and is responsive to my desires and commands: if I want to lift my arm, I lift my arm. The gamma motor system however:

[O]riginates deep inside the older part of the brain, is associated with lower sensory centers that produce no conscious sensations, controls the lengths of my intrafusal fibers, and functions primarily beneath the levels of my conscious awareness. (Juhan, 2003, p. 197).

In my next article I will take a granular look at Golgi tendon organs.