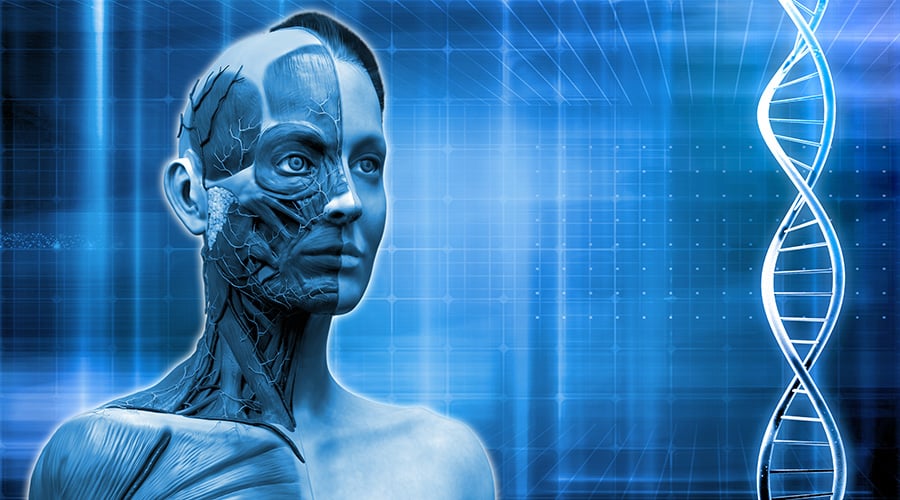 Golgi Tendons and muscle spindles: different but no less important

In my first article I reviewed muscle spindles, one of the sensory organs of the muscle system, which send proprioceptive sensory information up to the brain. However, there is another sensory organ which is intimately associated with the activities of the individual motor units of the skeletal muscles. It is called the Golgi tendon organ.

The Golgi tendon organs are located in the collagen fibers at the border where the muscle fibers attach to the tendons.  The collagen fibers of the tendons are arranged in a zigzag pattern.  The zigzags can straighten out with enough force to provide a small degree of elasticity to the tendon, but then will recoil back into their zigzag resting pattern once the force is released.  The Golgi sense organs are woven among the collagen fibers near the muscle cells and are stimulated by the straightening and recoiling of the tendon (Juhan, 2003, p. 198).  Similar to the muscles spindles, the stimulation of a single Golgi tendon organ is very specific:

Each particular organ is most directly affected by the lengthening and contracting of a few alpha muscle fibers which attach to the collagen bundles containing that tendon organ, so that each Golgi is responsive to the activities of only ten to fifteen alpha motor units. (p. 198)

And like the muscle spindles, the pathways carrying the sensory information from the Golgi tendon organs culminate in the ganglia of the brain stem:

We normally receive no more conscious sensation from the Golgis than we do from the muscle spindles; their information is processed and responded to primarily in the brain stem and the spinal cord, beneath our level of conscious awareness. (p. 198)

Like the muscle spindles, Golgi tendon organs, “are strategic links between our sensory and our motor functions” (Juhan, 2003, p. 200). Like the spindles, they do not only send their sensory information up the spinal column to the brain stem, but they also synapse directly onto motor neurons in the spinal cord.  And, also like the spindles, “the motor neuron contacted by the Golgi receptor is the very same motor neuron which activates the alpha muscles cells which pull directly upon the tendon fibers in which the Golgi is located,” creating another local sensorimotor feedback loop (p. 200).

However, the spindles and the Golgis have opposite, yet complimentary functions.  The action of the anulospiral receptor upon its motor nerve is excitatory since it excites the alpha motor nerve to contract the muscle.  The Golgi tendon organ however has an inhibitory effect upon its alpha motor nerve.  When the building tension exceeds a pre-set “norm,” the “Golgi inhibits the motor nerve, reducing its level of stimulatory firing” and thus relaxes the tension back down to its “normal resting value” so we avoid tearing or ripping our tendons (Juhan, 2003, p. 200-201).

Although the Golgi tendon organs save us from injury, that is not their only function.  The tension values controlled by the Golgi reflex can be adjusted to fit almost any job, with the muscles automatically inhibited from producing more effort than is necessary for the work at hand.  Such fine degrees of tensional adjustments and virtually instantaneous local control is necessary for the accomplishment of any skilled motor movement:

[F]or example, the fine gradations of the sound volume controlled by the force of the strike of the pianist’s fingers against the keys is a function of such a precise tension setting in the tendon organ reflexes of his fingers and arms, accurately established by long practice. (p. 201)

Juhan also uses the example of bringing a glass of water smoothly to his lips for a drink of water. Many repetitions of practice taught him just how much contractile force and speed are necessary to lift it and carry it through the air “without either dropping it or throwing the water towards the ceiling” (p. 201).  The familiar feel of the weight of the glass of water is a function of the variable settings of the inhibitory response of the Golgi tendon organs:

And I use this reflex mechanism every time I use a screwdriver or a wrench, row a boat, push a car, do a push-up or a deep knee bend, pick up an object—in short every time I need a specific amount of effort delivered in order to accomplish a specific task.  (p. 201)

Our Golgi tendon organs are involved in nearly all the controlled uses to which we put our muscles to work.

The threshold values of the “required tension” for any task are controlled by descending impulses from the higher brain centers down into the feedback loop’s inter-neuronal network in the brainstem and spinal cord.  This is how voluntary muscle movements overtime adjust the tension.  For example, I played percussion as a young girl.  Overtime and with much practice, my first awkward attempts at producing a roll on the snare drum with the stilted strokes of my drum sticks in the fourth grade eventually turned into the smooth continuous strokes necessary for playing a drum roll on the snare drum in high school.

However, since the higher brain centers are involved the Golgi network is not just influenced by impulses from the motor cortex.  Our relative levels of arousal, our attitudes, our moods, neurotic tendencies, our emotions all contribute and can color the descending messages and cause considerable alterations in the Golgi’s threshold values (Juhan, 2003, p. 202).

Since the Golgi tendon organ reflex arcs directly connect the sensory events in a stretching tendon to the motor events which control that degree of stretch, “neural feed-back loops whose degree of sensory and motor stimulation may be widely altered according to our intent, our conscious training and our unconscious habits” (p. 202). Relative levels of our overall arousal and emotions can also alter the Golgi’s threshold values (p. 202).

The anulospiral nerve ending of the muscle spindle measures the length of a muscle’s fibers and the speed with which that length is changing.  The Golgi tendon organ measures the tension that develops as a result of these changing lengths, “The degree of distortion in the parallel zig-zag collagen bundles is a precise gauge of the force with which a muscle is actually pulling on the bone to which it is attached” (Juhan, 2003, p. 198).  This type of gauge is necessary in order to “fully and accurately” asses the amount of work force that is actually delivered by the muscle.  Juhan gives an example of being able to lengthen and shorten his biceps exactly the same distance and speed whether or not there is a heavy book in his hand.  His muscle spindles will register the same information either way.  However, “It is only the differing stress placed upon the tension organ during the gesture which announces and evaluated the added weight of the book” (p. 199).

Juhan (2003) tells us the Golgis and spindles produce a “sensory impression” that is quite different from those of color, texture, sound, or odor, “Instead of measuring any of these surface qualities, the muscle and tendon organs assess the pure mass of an object” (p. 199).  And mass has nothing to do with surface qualities; “it is the measure of an object’s resistance to movement, and I can have no idea of its value until I am actively engaged in moving the object” (p. 199).  Juhan (2003) writes:

And now we can appreciate, muscle tissue is anything but insentient.  The muscle spindles and the Golgi tendon organs are extremely sensitive monitors, and between the two of them our central nervous system is kept constantly informed about the activities of every individual motor unit: how long they are, how rapidly they are changing this length, and how much tension they are delivering to the tendons which anchor them to the bones.  And there is no sensory activity from another source which more directly influences my motor behavior; local Golgi and spindle sensations are instantly translated into local muscular responses through their direct synapses onto the alpha neurons in the spinal cord. (p. 203)

These feedback loops are not one time events: muscle action creates more spindle and Golgi sensations, which further modulate muscle action, “which again change the nature of the sensations, and so on and on, in a mutual interchange whose continuous immediacy creates an intimacy that is more refined than that of any other sensory/motor link…” (Juhan, 2003, p. 203).

With the elaborate sensory feedback loops of the spindles and the Golgis:

Signals transmitted to the central nervous system from these two receptors operate entirely at a subconscious level, causing no sensory perception at all.  Instead, they transmit tremendous amounts of information from the muscles and the tendons to 1) the motor control systems in the spinal cord [and the brain stem], and 2) the motor control systems of the cerebellum.  (Guyton, 1971, p. 461)

Understanding the relationship between the Golgi’s and muscle spindles may shed light on a possible mechanism for self-stimulatory behaviors.  I am thinking specifically of a nonverbal teenager whose self-stimulatory behavior is to firmly and quickly pull her head down, giving a stretch to her neck, kind of like initiating her own stretch reflex.  Her firm and quick tug must rapidly lengthen the muscle fibers in her neck which is registered by the anulospiral receptors in her neck muscles.  As I said in my previous article:

Thus, activity in specific muscle cells creates a local sensory impulse which directly effects the subsequent activity of the same muscle cells. This “sensory-to-motor” synapse in the spinal cord forms a reflex arc that keeps our muscles constantly informed as to what they are up to.   (Colletti, 2020)

In a person with low-functioning autism, this self-stimulatory method may be one way she delivers a good dose of proprioceptive sensory information into her nervous system.  Juhan (2003) speaks on terms of the muscle spindles and tendon organs providing a sense of “effort.”  It is the tendon organs which record the tension of any contraction and the spindle which records how far and fast the contraction proceeds.   Their combined feedback is summed to determine how many motor units and what degree of contraction is required for any muscle movement (p. 248).  Judith Bluestone (2005) sees this proprioceptive muscle information as being indispensible for a person on the spectrum’s sense of themselves (p. 57).  Perhaps my clients self-stimulatory behavior of jerking her head rapidly down, as disturbing as it might be for us to witness, may be the primary way she is able to have a sense of herself.