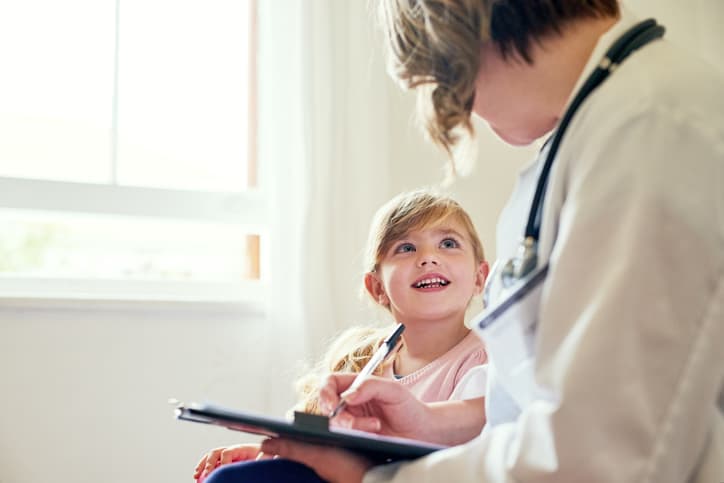 We are all used to thinking about human development by accomplishments at certain points in time: propping up on forearms at 4 months, rolling at 7 months, crawling at 9 months and walking at 12 months (Folio & Fewell, 2000, p. 7-9). We are not used to thinking about how brainwave patterns shift and change as infants grow and develop. Seminal research by Rima Laibow allows us to peer into the brain of a developing infant via brainwave patterns.

Laibow’s research demonstrates that as the infant develops into a toddler, then a preschooler, then a young student, brainwave patterns shift from the slowest to faster and faster frequencies. From birth through age 2, in the waking state infant brains are predominantly in the lowest EEG frequency band of 0.5-4 Hz, which is the delta band (Lipton, 2005, p. 172).

Additionally, a fifth brainwave state has recently been defined. It is called gamma and is 35Hz and higher and is associated with states of peak performance (i.e. when pilots are landing a plane and tennis players are engaged in rapid-fire volleys) (Lipton, 2005, p. 174). Bruce Lipton, author of, The Biology of Belief: Unleashing the Power of Consciousness, Matter & Miracles, commenting on the vast amount of information that children “download” into their minds by age six says, “The ability to process this vast quantity of information is an important neurologic adaptation to facilitate this information-intense process of enculturation” (p. 173).

It is interesting to look at stages of language development in comparison to the shifts in brainwave frequencies. The information regarding language development is from the appendix of “Speech, Language, and Communication Assessment and Intervention for Children” by Sima Gerber, PhD, CCC, SLP (2000) and Barry Prizant, PhD, CCC, SLP, which is found in Clinical Practice Guidelines: Redefining the Standards of Care for Infants, Children, and Families with Special Needs, by the Interdisciplinary Council on Developmental and Learning Disorders.

The first shift in brainwaves, according to Laibow, is at two years of age. At age two, brainwaves shift from the lowest band delta at 0.5-4Hz to theta band at 4-8 Hz. According to Gerber and Prizant (2000) infants go through six different stages of language development by the time they are two years old. The first stage is from 0-3 months old when the baby is gazing at their parents, smiling and cooing. At 4-6 months, the baby can babble a string of sounds with varying pitch, and will respond to their name. At 7-8 months, the baby can listen to who is talking to them, recognize some words, begin to point, and shift its gaze between their parent and an object as they reach for it. These three stages are called the Preintentional Stage.

The next stage is called the Prelinguistic Intentional Stage, from 8-12 months. In this phase the infant can respond to “bye-bye” and inhibit their action when told no. They can play “Peek-a-boo” and understand a few words in context (i.e. “bath”). Infants at this stage can use social gestures, imitate certain adult speech sounds, use one or more words, use gestures and vocalizations to communicate their needs, and produce distinct sentence-like intonational sound patterns (p. 113-114).

The next stage is called First Words and it occurs between 12-18 months. In this stage, the child begins to understand and use language within the context of its daily life. The toddler can understand one-word sentences in the immediate context, can retrieve an object that is named if it is in view, can point to body parts, and can give a hug or a kiss with verbal instructions. In this stage, the child understands many more words than he can produce. At 18 months his average vocabulary is between 100-150 words. With his words he can request objects or actions, label objects, call, answer questions, greet someone, protest the actions of another and practice his words (Gerber & Prizant, 2000, p. 114-115).

The next stage is called the Two Word Stage, which occurs from 18-24 months. In this stage, the child begins to combine words to form short sentences with basic syntax. Receptively, the child can understand the basic sentence structure of Action + Object; Agent + Action; Agent + Location. Now she can hold the image in her mind of what the word represents, not needing the object to be in her sight. She can understand and respond to Who, What, Where, questions.  She can locate an object, even if it is not in view. In this stage, her receptive vocabulary grows to 500 words. She can express a range of communicative intentions in the “here and now.”

In the Early Syntactic-Semantic Complexity (2-3.5 years) stage a child can respond to Yes/No (2 years) questions. He can now respond to Why, Whose, and How Many questions (3 years). He can follow two-step commands and understands the difference between He and She (3 years). His receptive vocabulary is now 300-1000 words. Pragmatically, a child in this stage is able to use language to communicate his feelings, to comment on imaginary places/things/people, request items and information, report and plan his actions (Gerber & Prizant, 2000, p. 117-118).

In the Later Syntactic-Semantic Complexity (3.5-7 years) stage the child can now perform multi-verb utterances with complex sentence structure. Her receptive vocabulary jumps to a minimum of 1000 words (42-48 months). From four years to seven years, she can now follow three-step commands and respond to How and When questions. She can understand the spatial relationships of behind, in back of, in front of, before, and after. Her receptive vocabulary has jumped again to 3000-8000 words. She begins now to use language to spontaneously express her feelings and thoughts beyond just responding to others. She can maintain the topic of conversation much longer and convey new information to form longer and more elaborate discourses (Gerber & Prizant, 2000, p. 119-120).

The final stage of language development is called Communicative Competence which occurs from seven to twelve years of age, in which “The child’s syntactic, semantic, and pragmatic abilities are well-developed and sophisticated” (Gerber & Prizant, 2000, p. 121). This stage corresponds roughly with the alpha brain wave frequencies (8-10 Hz) from roughly 6 years of age to twelve years of age in a state of consciousness that is described as one of calm.

In Communicative Competence, the child now has as much control of language as an adult. He can understand an infinite number of sentences, humor, and has increasing knowledge of different narrative formats, plays, jokes, poems, letters, and reports. As he ages, his sentences grow more and more complex.

Gerber, S., Prizant, B. (2000). Speech, language, and communication assessment and intervention for children in Clinical Practice Guidelines: Redefining the Standards of Care for Infants, Children and Families with Special Needs by the Interdisciplinary Council on Developmental and Learning Disorders.

Lipton, B. (2015). The biology of belief: Unleashing the power of consciousness, matter and miracles. Santa Cruz, CA: Mountain of Love Productions.