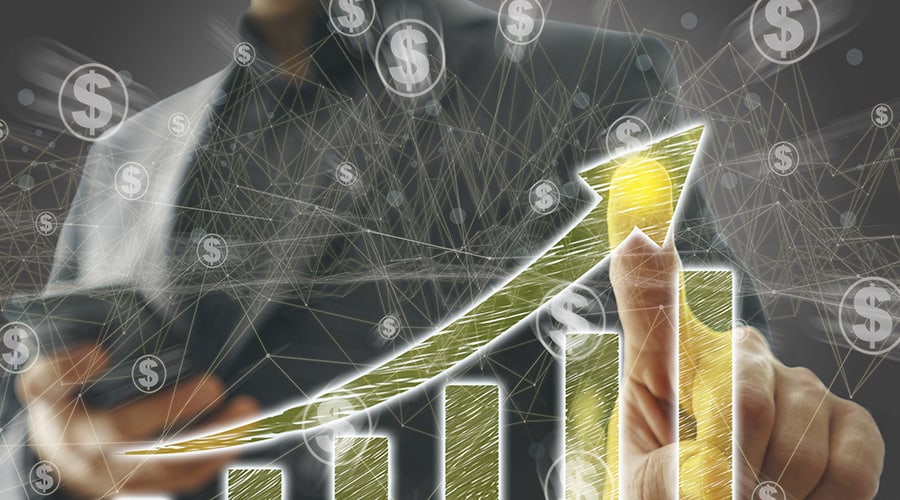 Our initial foray into the 2019 Physical Therapy Salary Survey painted a picture of a thriving industry with mid-career professionals enjoying robust earning potential. This week, we look to see whether any differences appear based on the age of the respondents.

Our nearly 3,000 responses were split by approximately a 2:1 ratio between PTs and PTAs; enough to necessitate a further breakdown in the future by profession. For today, however, we’ll look at all of physical therapy in terms of age and experience.

The first notable difference was that the field seems to be trending more toward a predominance of females. Our largest age group, ages 41-50, has just under a 2:1 difference in females to males, but that gap grows larger in the 31-40 group, and tops out in the smaller 30 and under group, where 71 percent of responses came from females.

The trend towards full-time employment in younger age groups (as opposed to part-time or per-diem) continues, as a full 90 percent of PTs under 30 reported they are working 40 hours per week for a single employer. The numbers for other age groups fall between 70-80 percent, with the exception of the groups ages 61+, where only 63 percent indicated full-time employment.

Little could be determined regarding titles across age groups, but early-career professionals are showing a clear preference for working in either outpatient rehab of skilled nursing facilities (SNFs), as a full 75 percent are working in one of these two areas to start their careers. Necessity dictates that some of these professionals will move into other areas as their careers move on, but if our older age groups are any indication, it won’t be a mass exodus. Both the 31-40 and 41-50 age groups have at least half their respondents working in outpatient or SNFs. The 51-60 and 61+ groups are a little more modest in these numbers, with a greater number of professionals employed in schools, hospitals or in academia.

Over 80 percent of PT professionals are receiving paid benefits from their employers, and that figure barely wavered between age groups. While about 65 percent indicated there was no change to their benefits in the past year, an almost identical number of responses indicated having their benefits increased or cut (494 people received increased benefits; 489 saw the benefits decrease.)

A similar 80 percent of respondents saw their salary increase over the past 12 months, but most interesting was the sheer number of PTs reporting that they work overtime despite not being necessarily required to do so. The overwhelming majority are working a modest number of OT hours (1-8) but nearly 500 responses indicated doing so regularly despite no stated requirement.

Commuting, moonlighting… and moving on

Second jobs are fairly popular with PTs (about 25 percent reported multiple places of employment) and unsurprisingly, are more common in younger age groups. While the number of people indicating this answer wasn’t high, one potentially interesting details was that people in the older age groups with second jobs tended to put in more hours than their younger counterparts. Almost 20 percent of respondents in the 41-50 age group reported working up to 20 hours a week in their second job, compared to about 10-12 percent in the two younger age groups.

Much like their occupational therapy counterparts, it seems most PTs enjoy the luxury of short commute to work, with about 60 percent reporting total commute time (to and from work) of under 30 minutes. With age comes a lessened willingness for long commutes it would seem, with only about five percent of PTs over the age of 40 indicating total times of over one hour. The number modestly increases to 9 percent for those under age 40.

Likelihood to actively search for new employment also decreases with age, with over half of our respondents ages 61+ answering that they are “not considering new opportunities at all.” The youngest group is, unsurprisingly, most active in looking for new employment. Aside from the obvious answer of “better compensation,” the second-most common thing PT professionals would be looking for in a new position is “an improved work/life balance.”

Across most age groups, about 20 percent of professionals hold a specialty certification. Most indicated they chose to pursue that honor for the purpose of learning rather than a desire or a belief that it would earn them a higher salary.

Another unsurprisingly, but encouraging development is the prevalence of DPT degrees across younger generations. Over 55 percent of professionals under age 30 hold the doctorate degree, a statistic that will be even more interesting when we do our specific breakdown between PTs and PTAs. The number is around 40 percent for professionals 31-40, and decreases from that level.

However, about one of three professionals across all groups expressed an interest in returning to school to further their degree over the next 12 months. Those who do showed an overwhelming preference for at least some level of online learning availability in any program they would choose.

Preferences for fulfilling continuing education requirements showed about a 50/50 split between online opportunities and classroom learning. This was consistent across all age levels, going against the conventional belief that the younger generations are the ones interested in online opportunities. In the healthcare community, embracing of technology has been universal.

In our next installment, we’ll take a look at breakdowns between PTs and PTAs and whether the two groups prioritize different features in their employment.