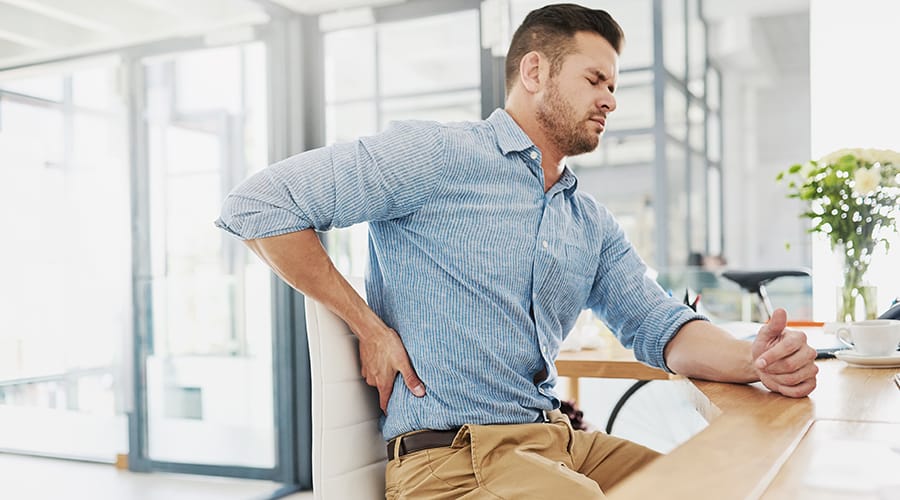 “I have such intense pain in my buttocks and genitals that I can’t sit for more than a few minutes. I can no longer have sex, and I lost my job.”

We hear this horrible scenario every week in our Pelvic Rehab Clinic. What this patient is describing is Pudendal Neuralgia. Unable to maintain normal relationships, this person may lose hope and fall into a depression because no one understands what this condition is or how to treat it. These are the struggles that people who have the diagnosis of pudendal neuralgia or pudendal nerve entrapment (PNE) encounter on a daily basis.

Pudendal neuralgia is defined as ‘a painful neuropathic condition involving the dermatome of the pudendal nerve’ (Robert et al. 1998). This diagnosis causes fear in patients and confusion in health care providers. Simultaneously overused as a diagnosis for pelvic pain but misunderstood by both physicians and therapists, diagnosis (and differential diagnosis) of Pudendal Neuralgia can be a complex, chronic. and often costly source of pelvic dysfunction for patients.

To understand how symptoms are caused it helps to understand the path of the pudendal nerve. The pudendal nerve comes down from sacral nerve roots 2, 3, and 4, runs underneath the piriformis muscle, goes between the (SS) sacrospinous and (ST) sacrotuberous ligaments at the ischial spine, travels through alcock’s canal between the obturator internus and levator ani muscles, and divides into three branches. There are variations in where the branches present in each person.  The nerve can be impacted in one or several areas, causing patients to develop symptoms.

The main symptom of pudendal neuralgia (PN) and pudendal nerve entrapment (PNE) is pain in one or more of the areas innervated by the nerve or one of its branches. These areas include the rectum, anus, urethra, perineum, and genital area. In women this includes the clitoris, mons pubis, vulva, lower 1/3 of the vagina, and labia. In men this includes the penis and scrotum. But often pain is referred to nearby areas in the pelvis. The symptoms can start suddenly or develop slowly over time. Typically, pain gets worse as the day progresses and is worse with sitting. The pain can be on one or both sides and in any of the areas innervated by the pudendal nerve, depending on which nerve fibers and which nerve branches are affected. The skin in these areas may be hypersensitive to touch or pressure (hyperesthesia or allodynia). Symptoms include burning, numbness, increased sensitivity, electric shock or stabbing pain, knife-like or aching pain, feeling of a lump or foreign body in the vagina or rectum, twisting or pinching, abnormal temperature sensations, hot poker sensation, constipation, pain and straining with bowel movements, straining or burning when urinating, painful intercourse, and sexual dysfunction – persistent genital arousal disorder (genital arousal without desire) or the opposite problem – loss of sensation.

It is not uncommon for PN to be accompanied by musculoskeletal pain in other parts of the pelvis such as the sacroiliac joint, piriformis muscle, or coccyx. It is usually very difficult to distinguish between PN and pelvic floor dysfunction, which are frequently seen together. Some people refer to this condition as pelvic myoneuropathy which suggests both a neural and muscular component involving tense muscles in the pelvic floor.

Other possible symptoms as quoted on pudendalhope.info:

Without treatment, over time there may be a progressive worsening of symptoms starting with a small amount of perineal discomfort that develops into a chronic and constant state of pain that does not decrease even when standing or lying down.

Many physicians suggest using a step-ladder approach to therapy for individuals with pudendal neuralgia. Physical therapy with professionals who specialize in pelvic floor therapy is often the first line of treatment. For muscle spasms that are not responsive to physical therapy, botulinum toxin has been used in some cases. Medications such as gabapentin, pregabalin, cyclobenzaprine, and tricyclic antidepressants have also been used in the treatment of patients with PN. In some cases, treatment may include nerve blocks, electrical stimulation of the lower end of the spinal cord, or surgery to remove tissues that might be pressing on the pudendal nerve.