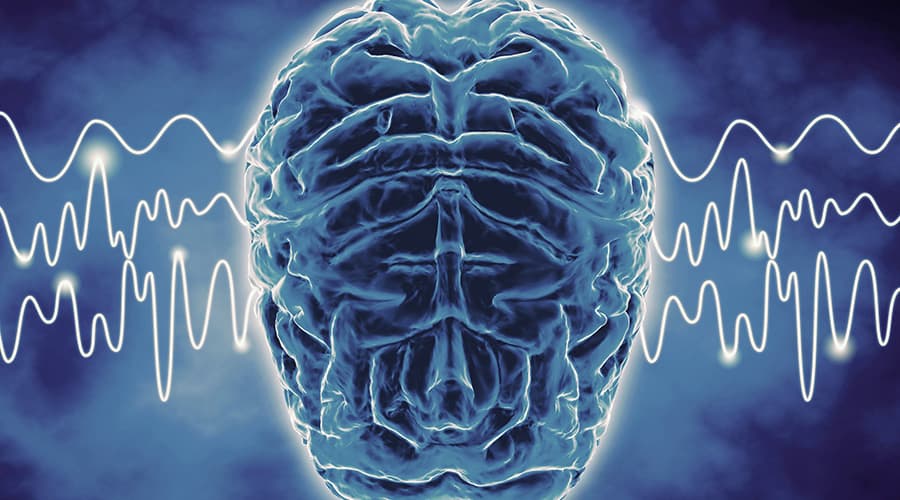 Neurons in the brain’s motor cortex previously thought of as active mainly during hand and arm movements also light up during speech in a way that is similar to patterns of brain activity linked to these movements, suggest new findings published today in eLife.

By demonstrating that it is possible to identify different syllables or words from patterns of neural activity, the study provides insights that could potentially be used to restore the voice in people who have lost the ability to speak.

Speaking involves some of the most precise and coordinated movements humans make. Studying it is fascinating but challenging, because there are few opportunities to make measurements from inside someone’s brain while they speak. This study took place as part of the BrainGate2 Brain-Computer Interface pilot clinical trial*, which is testing a computer device that can ‘communicate’ with the brain, helping to restore communication and provide control of prosthetics such as robotic arms.

The researchers studied speech by recording brain activity from multi-electrode arrays previously placed in the motor cortex of two people taking part in BrainGate 2 study. This allowed them to study the timing and location of the firing of a large population of neurons that is activated during speech, rather than just a few at a time.

“We first asked if neurons in the so-called ‘hand knob’ area of the brain’s motor cortex are active during speaking,” explained Sergey Stavisky, lead author and a Postdoctoral Research Fellow in the Department of Neurosurgery and the Wu Tsai Neurosciences Institute at Stanford University. “This seemed unlikely because this is an area known to control hand and arm movements, not speech. But clues in the scientific literature suggested there might be an overlap.”