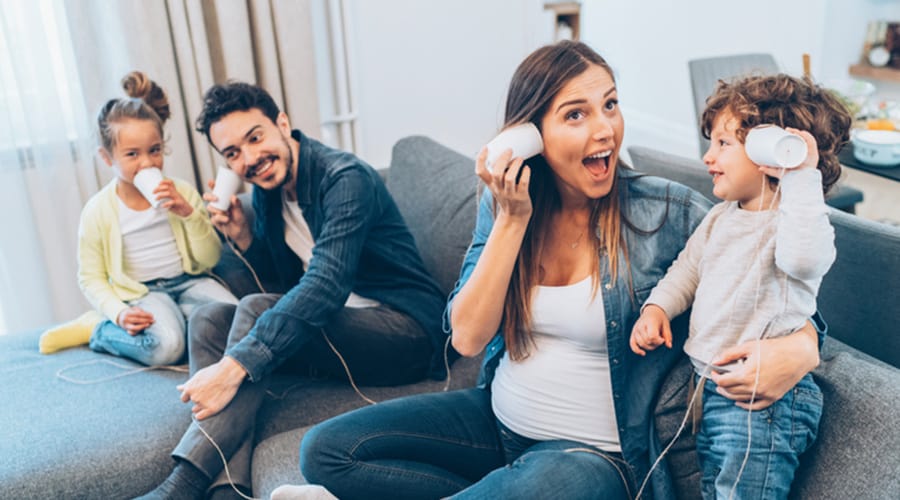 Clinical evidence shows that more of today’s toddlers are experiencing language delays. Are the use of Smartphones and other electronics to blame?

Sitting comfortably on the couch, mommy and daddy go unaware of their attention-seeking 1 year old. He’s a bouncy little boy, but as he kicks out and reaches towards his parents they remain unaware. His coos that were “so cute” just a few months ago have become ambient noise. They certainly hear him, but don’t quite realize that he’s desperate for their attention. That’s because they’re currently too engaged with their Smartphones. Perhaps mommy is scrolling through her Facebook feed aimlessly or checking her email. Daddy may be engrossed in checking his fantasy football scores or perhaps getting updates on the real football games. Their child can’t speak the words to tell them that he wants to play Pat-A-Cake or This Little Piggy, or that he might be hungry or tired. He can’t speak at all, in fact, and he may not be able to do so for an indeterminable amount of time if the adults continue to spend hours on end “interacting” with their phones more than they do with their growing, curious human.

According to Patsie McCandless, a lecturer and retired educator, this is a scene that plays out far too often and is not restricted to the confines of people’s homes. Whether in the restaurant or in the mall, or at the park or at the zoo, or even when (gasp) driving in the car, today’s adults are spending more time on their phones than they ever have. This, of course, should come as little surprise to most people. But what might not be as readily obvious are the consequences that spending too much time on the phone when in the presence of a developing child can have on that child’s development — particularly their language skills.

“This is one of society’s greatest challenges,” said McCandless, who conducts speaking engagements through the TEDx Program, a nonprofit organization that licenses individuals to speak on a myriad of topics during live and recorded lectures. The challenge is essentially two fold: As many as 25 percent of young children have some kind of communication disorder, according to the American Speech-Language-Hearing Association (ASHA) and more people are using smartphones more frequently – possibly to the point that a clinical addiction could be considered.

Although the Diagnostic and Statistical Manual of Mental Disorders does not yet define an addiction to cell phone usage, McCandless is certain that an addiction can occur and that young children can be impacted by their parents’ overuse of their phones – namely with language delays that occur when they do not interact with the spoken word enough.
“This is not something that has been clinically defined as an addiction, but I believe that it really is an addiction because of the way that the phone is able to adapt the brain into wanting more, which is what an opioid would do. This problem can be exacerbated if children themselves are also using smartphones, tablets, and other digital devices too much at too young an age, McCandless said.

“What is happening, especially in younger children who are using cell phones, is we end up with terrible developmental issues because children miss out on the nourishment of spoken words, which is essential to brain development,” she continued. “The cell phone has become a ‘babysitter’ in some families, and the manuals and the journals that give definition to addiction talk about cell phone usage as a ‘behavioral addiction.’ But whenever I talk to healthcare providers and they hear the words ‘cell phone addiction,’ their eyes light up and they ask me ‘what do you know, what can you tell us, and what can we do?”

Speaking Up About Language Delays

The answers to these questions are not entirely easily defined. Every child is different, and boys are more likely to experience a language delay without their being an environmental culprit because they develop language skills later than girls do, in general, according to ASHA. Children may be labeled as late talkers if they don’t speak at least than 10 words by the age of 18-20 months or fewer than 50 words by 21-30 months of age, metrics that are established independent of considering cell phone usage among children or their parents. Still, pediatric experts use the age of 12 months as a guide for when children should be speaking at least single words, including “mama” and “dada.” These children should also be able to understand and comply with simple requests, such as “give me this” or “get me that.”

Other general milestones can include being able to follow two- or three-step instructions by the end of the third year and being able to recognize and identify common objects and pictures, according to ASHA. By the end of the fourth year, parents should be able to expect a child to ask abstract questions and understand other concepts along with basic rules of grammar, and by age 5 children should be able to retell stories in their own words and speak long sentences.

While language delays can be caused by a variety of factors, including hearing difficulties, autism, dyslexia, family history, low birth weight and/or premature birth, and learning disabilities. Neglect is also said to be a contributing factor, and although it may seem harsh and may be innocent in nature, the overuse of a cell phone or any other device in the presence of a child can and should be considered neglect, McCandless said. “There is a real neglect of the child if you are not talking to your child,” she said. Then there are the effects that phones and devices themselves can have on children who might be using them at too early an age. These consequences can go beyond or parallel to language delays, McCandless said. “These phones, especially with the apps, just give too much stimulation to our children,” she continued. “And no matter how many parent controls that you put on a child’s phone, these kids are born wired for this type of technology and they know how to get around almost any [safeguard].” Issues such as depression, anxiety, and sleep disorders can be rooted in too much mobile device usage at too young an age, in her opinion. When these devices are used too often prior to being school age, the issues may be severe by the teen years. The “pressure” of fitting in has long been a societal concern, which is now compounded by social media activity. “But it takes longer to develop the anxiety [and other complications] in adults because they tend to be more able to talk themselves out of their bad feelings.

With a lot to be said about the relationship between the digital device and potential language delays, McCandless tries to empower the parents whom she frequently speaks to on the subject. Increasing instances have her addressing healthcare providers during her lectures, she said. Her advice begins rather simply, even given the complex nature of the issue.

“When I speak to healthcare providers, many of them tell me that they see families on their phones beginning in the waiting room. So in that regard, I tell them that it can be a very easy step to begin the conversation about cell phone usage right there because everybody seems to have one today. I do not want to wag my finger, but there is definitely human behavior that is part of the problem.” She suggests creating barriers, such as having parents leave their devices in a box during the day when they are home so that they are not seen or heard by their young children. Those parents with older children who may have permission to use devices should limit that usage to no more than two hours per day while monitoring that usage.

Research on other environmental factors that contribute to language delays is ongoing, and parents with any concerns, or providers who may have concerns based on assessment and what is known about parents and their children’s behaviors, should be encouraged to monitor progress or lack thereof in accordance with ASHA milestones. Certain sounds, such as “L,” “R,” and “S,” should be expected to give children difficulty and may not signal a need for speech therapy alone. However, a speech language pathologist (SLP) consult should be considered for early intervention as opposed to waiting for time to dictate things, according to McCandless. Providers should seek a consult and evaluation from an SLP for any parents who might benefit. The Individuals with Disabilities Education Act may allow for free or low-cost services. An audiologist may also be considered if a hearing problem is suspected.

Other strategies for parents offered by the ASHA include talking to babies and young children throughout the day, including during bath time, while changing diapers, and during meals; talking at a level above the child’s so that he or she is more likely to pay more attention; and reading and singing to babies and children often.